Study looks at contact of indigenous populations with other civilizations 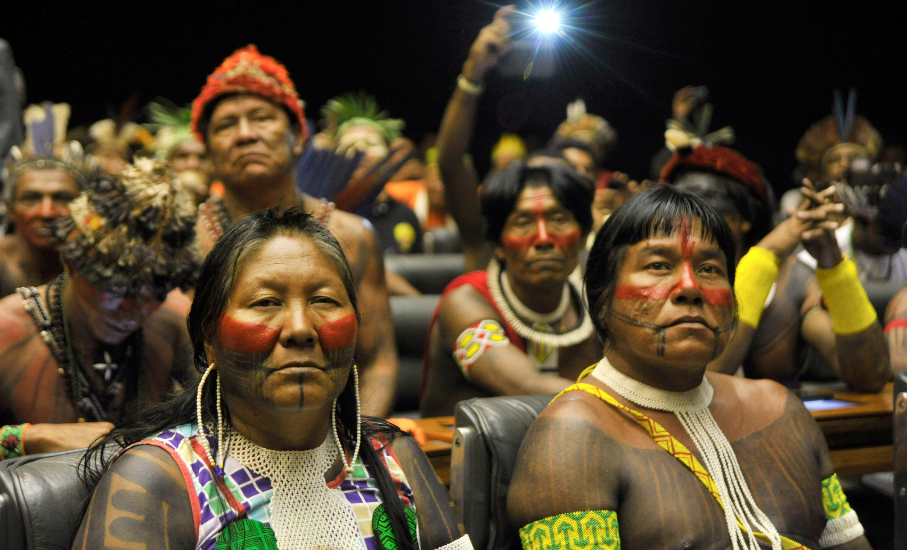 They are some of the oldest peoples to ever exist, but very little is known about them. In the Brazilian Amazon alone, there are about 115 records of indigenous groups living in isolation. In partnership with experts, activists and indigenous agencies, Dr. Hermílio Santos coordinates actions and a study on different indigenous ethnicities of Brazil, within the Graduate Program in Social Sciences of PUCRS (PPGCS).

His recently approved study will look into six ethnicities, divided into three groups, according to the period the first contact occurred: Terena and Bóe-Bororo (Mato Grosso, over 100 years), Panará and Enawenê-nawê (40 years ago) and Yawalapiti and Kamayurá (Mato Grosso, around 80 years ago). Biographic interviews with women of three different generations will be conducted to find out more about their histories.

On Mar 18, at 4:30 PM, dos Santos will be mediating a virtual session titled Povos indígenas isolados no Brasil (Isolated indigenous peoples in Brazil). The event will be attended by the José Assunção Castilhos, a Funai specialist, and Antenor Vaz, a local and consultant for Protection systems for isolated peoples and people who have recently come into contact with other civilizations in South America. To attend the session, click here or use the ID 95413237630 and password 457164 on Zoom Plataform.

The team, consisting of students of the Graduate Program in Social Sciences, has also developed actions to integrate and recover the indigenous ancestry. With the help of one of the students, who happens to be the daughter of Tite, the coach of the Brazilian National Soccer Team, dos Santos is organizing a soccer tournament with Atix. “They like soccer a lot and Tite not only decided to join us, but also, included CBF, the Brazilian Soccer Confederation, in it. We are giving it the final touches, but the tournament should begin after the pandemic ends”, Hermílio Santos explains.

And to mark the contribution of indigenous culture to Brazilian society, an exhibition of items that have been sent overseas, is being planned. In the 19th century, German researcher and explorer Karl von den Steinen was one of the first persons to come into contact with the peoples of the Xingu region, having collected more than a thousand objects from the site. All these items are part of an ethnographic archive that has been on exhibit in Berlin, since 1884. A project titled Xingu 22 is being organized in celebration of the 200th anniversary of independence.

“The idea is to bring these objects to be exhibited in the Xingu area, at the Federal Senate, and at PUCRS, with the support of curators like Watatakalu Yawalapiti, one of the leaders of the indigenous women’s movement in Xingu”, he adds.

The indigenous and their relationship with nature

Isolated peoples depend heavily on the environment. “If the forests are damaged, if the water is contaminated or if there is unprotected contact with the non-indigenous population, they can easily become ill. An ordinary cold for us, may be deadly to them. These peoples have been threatened for a long time, but with the intensification of irregular actions and impunity, the consequences have been much more serious ”, the researcher explains.

Based on indigenous laws, dedicated areas have been created for these groups to use the land without damaging it. They are usually nomadic or semi-nomadic and, therefore, need larger areas. The first one is Massaco, in Rondônia. However, there are about 23 others in the Country. Read more: Indigenous tribes and villages against coronavirus

Where are the indigenous in Brazil? According to data published by the Instituto Socioambiental (Isa), based on Fundação Nacional do Índio (Funai) (Funai) reports, only 28 records of isolated peoples have been confirmed. Besides them, Last IBGE census shows that more than 817,000 people in Brazil are indigenous, with 305 different ethnicities and 274 languages. They represent, however, only 0.4% of the total population.

From 1500 up until the 1970’s many of those peoples became extinct. Other factors such as self-identification and the difficulties in contacting isolated peoples also influence this number being so small. Out of the total, more than 502,000 live in rural areas and 315,000 others live in urban areas.