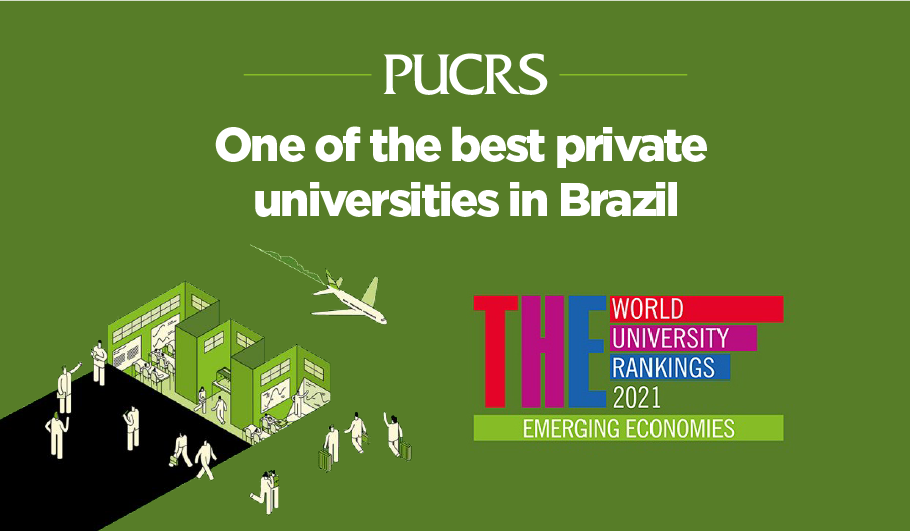 The University had made its presence felt in previous editions of the ranking, such as in the in 2019 and in 2020, thereby keeping its tradition of excellence and international quality. In 2021, PUCRS stood out among the private institutions from Brazil in the following categories:

According to the THE’s official website, one of its main goals is to show the commitment of the institutions to the training of the next generations of students.

The Times Higher Education is considered one of the most important higher education indicators in the world. It uses 13 criteria to assess institutions in the areas of teaching, research, citations, knowledge transfer and international outlook.

For the Emerging Economies University Rankings, the same 13 indicators are used. However, different weights are applied, as they are specially designed to reflect the context of emerging countries (which have great potential for development, but still need to make a number of improvements).

Only institutions in countries or regions ranked (an index that represents shares of the London Stock Exchange) as Advanced Emerging, Secondary Emerging or Frontier by FTSE are considered.