There are more bicycles than cars in Brazil. However, only 7% of the population uses bicycles as their main means of transportation, according to the Institute of Applied Economic Research (Ipea). The same study indicates that the country has potential to bring up these numbers to 40%. Bicycles are a clean and egalitarian means of transportation that can promote health and wellness. Because of that, in 2018, the United Nations (UN) declared Jun 3 as the World Bicycle Day. In 2022, the date will be celebrated in a ceremony that will recognize people who developed important actions towards the popularization of bikes. These include Dr. Nelson Todt, professor at the School of Health and Life Sciences of PUCRS and president of the Brazilian Committee Pierre de Coubertin.

As for the creator of the Modern Olympic Games, Todt claims that everyone knows Coubertin’s achievements, but not many people actually know him. One of the reasons why Dr. Todt earned this award and was invited to give a speech on the award day, was the event El Día Mundial de la Bicicleta como parte de la visión de Pierre de Coubertin. This helped promote the date in Latin America at the same time it raised people’s awareness of the history of such an important exponent.

Coubertin loved bicycles and even named his own after the movement of the pedals. Two centuries after the first models were launched, 50% of the world’s population still cannot ride bicycles. The purpose of the celebration is to bring this problem to an end, as it gets leaders and organizations at all possible levels of global society to join forces in an effort to achieve a sustainable future.

The person responsible for creating the date was the Polish professor Leszek Sibilski, who developed academic studies into the role of bicycles with an eye to development. The study promoted a major advocacy effort for the use of bicycles. Such effort was supported by the Sustainable Mobility for All initiative, and caused the United Nations to designate a day to celebrate and promote the use of bicycles around the world. Then, on April 12, 2018, all 193 UN member states adopted the General Assembly resolution, which declared World Bicycle Day.

According to Dr. Todt, there are four major reasons to encourage the use of bicycles:

● Urban mobility: “the traffic in big cities is chaotic and the bicycle is an alternative to that”, the professor explains. Some cities, such as São Paulo, apparently have learned their lesson, as it has become the city with the largest number of cycle lanes in Latin America.

● Health and wellness: at the same time that bicycles are used as a means of transportation, they contribute to the promotion of health as a form of physical activity. According to the World Health Organization, adults should get 150 to 300 minutes a week of moderate to vigorous aerobic activity.

● Equality: The way Todt sees it, bicycles do not choose a driver. In his view, they can be used by anyone, regardless of age, gender, body shape, sexuality and skin color.

● Environment: bicycles are clean as they do not dispose of residues in nature like the pollutant gases from cars.

The professor believes that the University has played an important role in its history to earn international recognition: “I only won this award, earned this achievement, because of the institutional support that PUCRS has always given me. Having the name of the University associated with mine is something that brings credibility and boosts recognition. Because of that, right below my name, the name of PUCRS appears on the UN award to celebrate World Bicycle Day”, he comments.

The history of bicycles 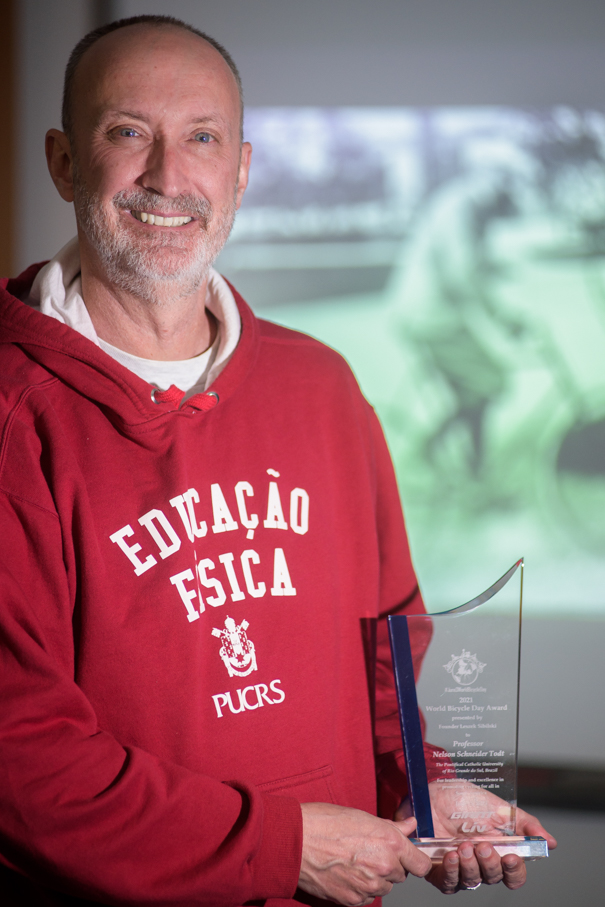 In 1817, the German baron Karl von Drais owned the first bicycle, a machine known as the running machine. It was developed as an alternative to transport using horses, which was very expensive and was difficult to maintain. This first model was made of wood and was propelled by the rider pushing himself along with this feet on the ground, rather than with pedals.

The pedals only appeared in 1839, and were credited to blacksmith Kirkpatrick MacMillan, although the bicycle model with pedals began to be produced only in 1869, by the Englishman Thomas McCall. Back in those days, the pedals of the bicycles were placed on the front wheel, with the model being invented by Pierre Lallement.

The first bicycle made entirely of metal was the high-wheel, in 1870. Although it was difficult to ride because of the height of the wheels, which required greater balance, it was much more comfortable than previous models and reached higher speeds due to the diameter of the rim. Models with three and four wheels were also manufactured to avoid accidents.

Precisely because the previous models had higher risks of falling, in the following decade, safety bicycles, similar to the ones we have now, began to be produced. These bikes had two wheels of the same size. In 1888, tires were added to the structures. Then, from the 1890s onwards, they began to be produced on a large scale, and consequently became popular.

Bicycles, back then, were also synonymous with freedom. It allowed women to travel on their own and over greater distances. In fact, this happened at the same time at the suffrage movement, as women fought for political rights.

Today, bicycles have proven to be allies of sustainability. Their benefits for the entire social ecosystem motivated the declaration of the World Bicycle Day. 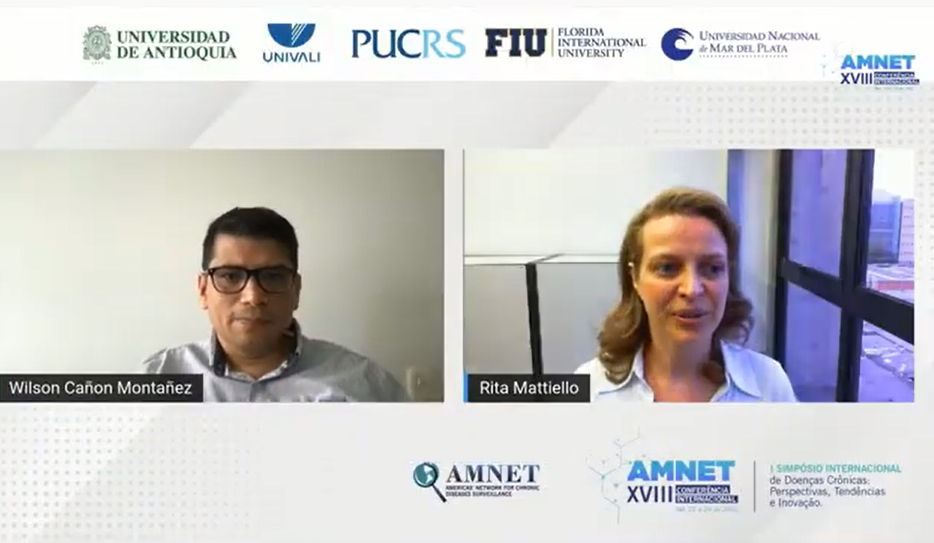 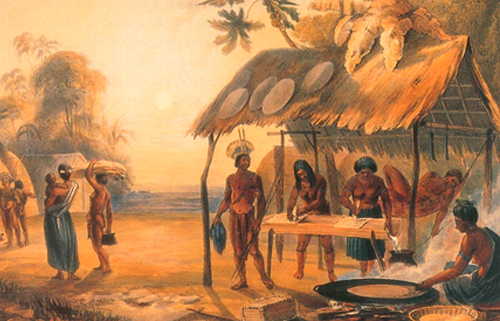 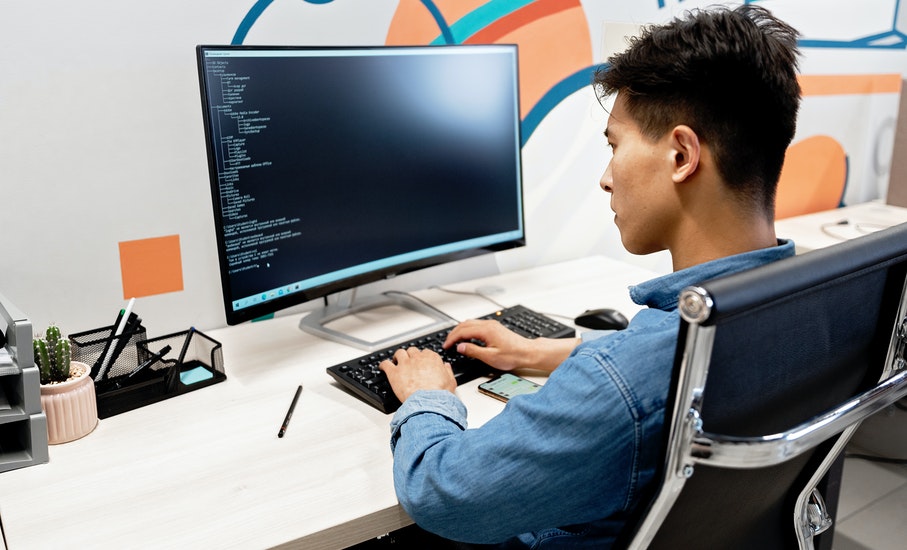 Innovation
24/09/2021 - 17h24
Initiative supported by Tecnopuc provides IT training to 1,000 students
This website uses cookies and other similar technologies to improve your experience on our sites, personalize the offer of programs and services and suggest content that may be of interest to you. As you continue to browse this page, you certify your agreement to these conditions.
X