Mark Lilla lectures at closing conference of Frontiers of Thought

In his first visit to Brazil, US political scientist discusses contemporary democracy 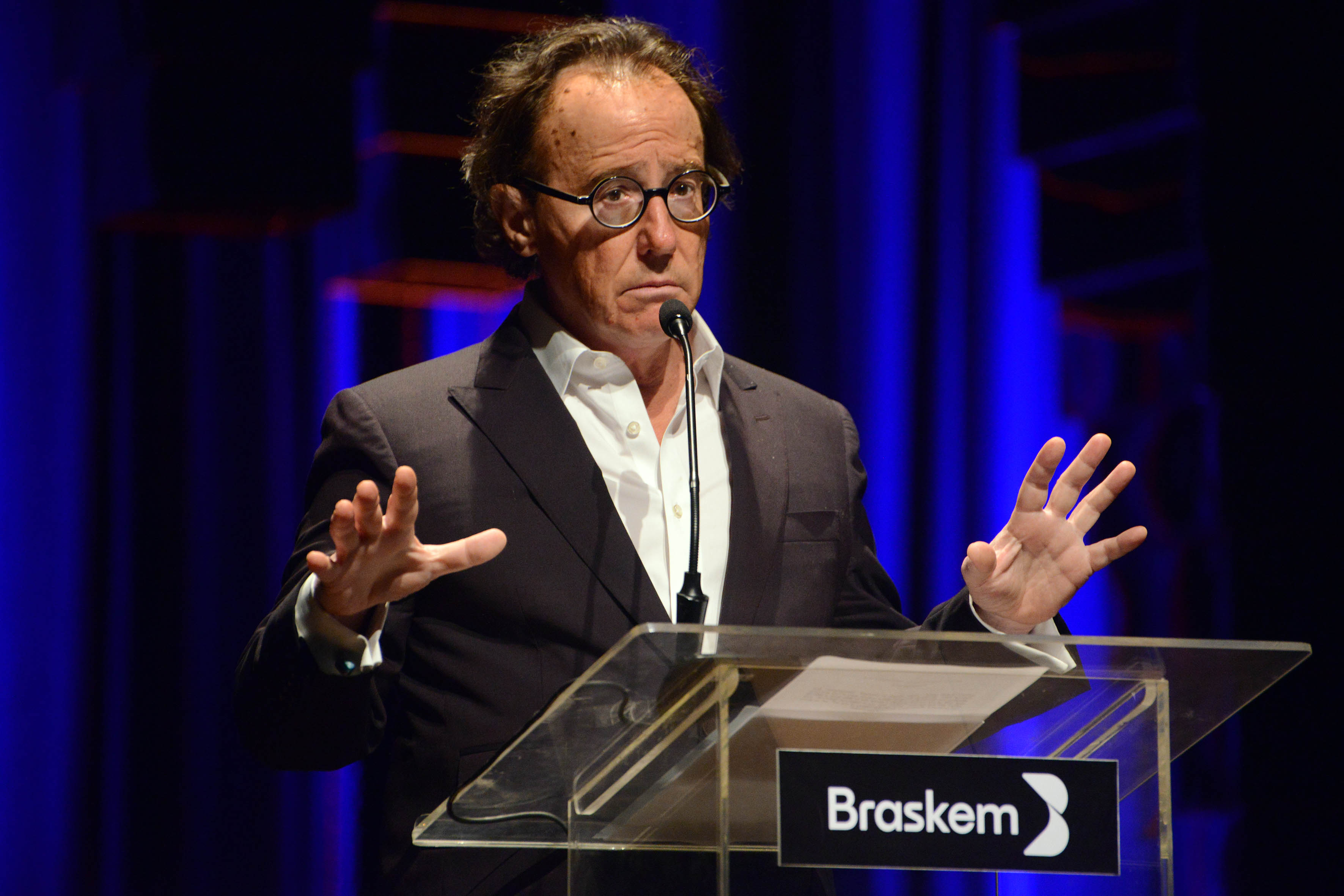 The individualistic character of the new US generations, uncommitted to collective causes or politics, and void of any sense of citizenship, is something that worries US political scientist Mark Lilla, who delivered the closing lecture of Frontiers of Thought. The 2018 series discussed the theme The World in Disagreement: Democracy and Cultural Wars.

The evening of Nov 19 was dedicated to PUCRS, the event’s cultural supporter. Several actions were promoted at the Commencement Hall of UFRGS before and after the event. The Institute of Culture made its presence felt with a music exhibit by pianist Mari Kerber and musician Ale Ravanello, a Law School alumnus of PUCRS. The event also featured a video exhibit: Histórias de Transformação PUCRS (Stories of Transformation PUCRS) and, at the end, the audience was given a special issue of the Revista PUCRS, in celebration of the university’s 70th anniversary. 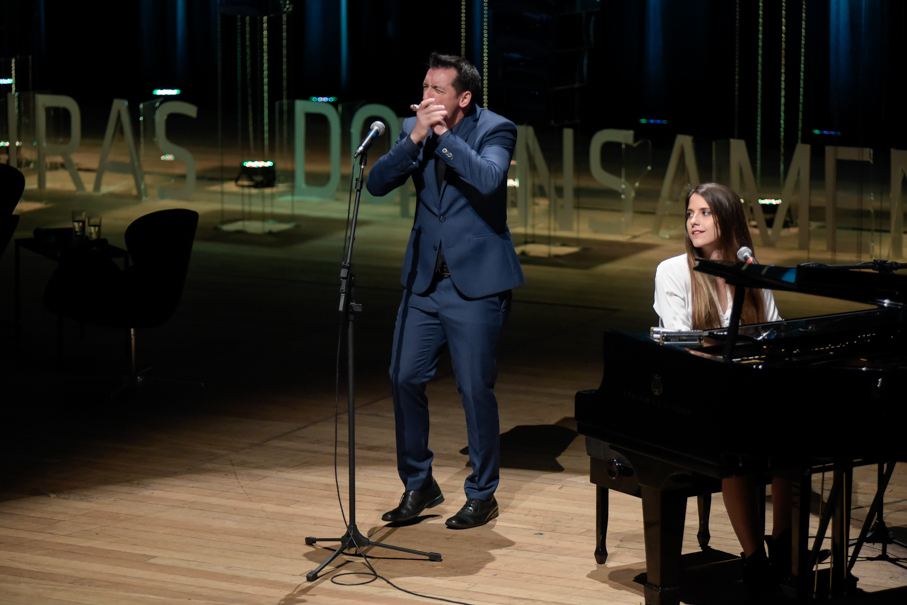 In his first visit to Brazil, Lilla began his speech by presenting a historical overview of the events that marked the 20th century and their impact on contemporary democracy. The political scientist claimed that people usually recall the negative events, such as the two world wars and their consequences. However, he made mention to the solidarity movements that started in the 1950s, which drew inspiration from US president Franklin Roosevelt, as positive things. In Lilla’s view, this was a reality until the 1990s, mirrored a mindset centered on a liberal theory, led by Ronald Reagan and Margareth Thatcher. “In the 90s, neoliberalism made a lot of sense for countries such as the USA and the UK. This behavior produced an atomization of society”, added he.

With an air of nostalgia, Lilla remembered the events that marked the second half of last century. “I’d say that the black and gay movements are the best moments in the history of the USA. They had to get a white male America into their ideas”. After that, self-declaration overshadowed the concept of solidarity”, said he.

In order to put that past us, Lilla made a suggestion: “We need to re-discover the virtues of citizenship. There are values that need to be protected. The only thing we share is citizenship. Because of that, we must be seen as equals and face the historical forces that undermined society”, added he. At the end, he made a claim: “Democracies without democrats will not last. They will become totalitarian regimes. I’m sad to see Brazil is suffering from the same pathologies my country is suffering”.

Pondé speaks of democracy in times of algorithms 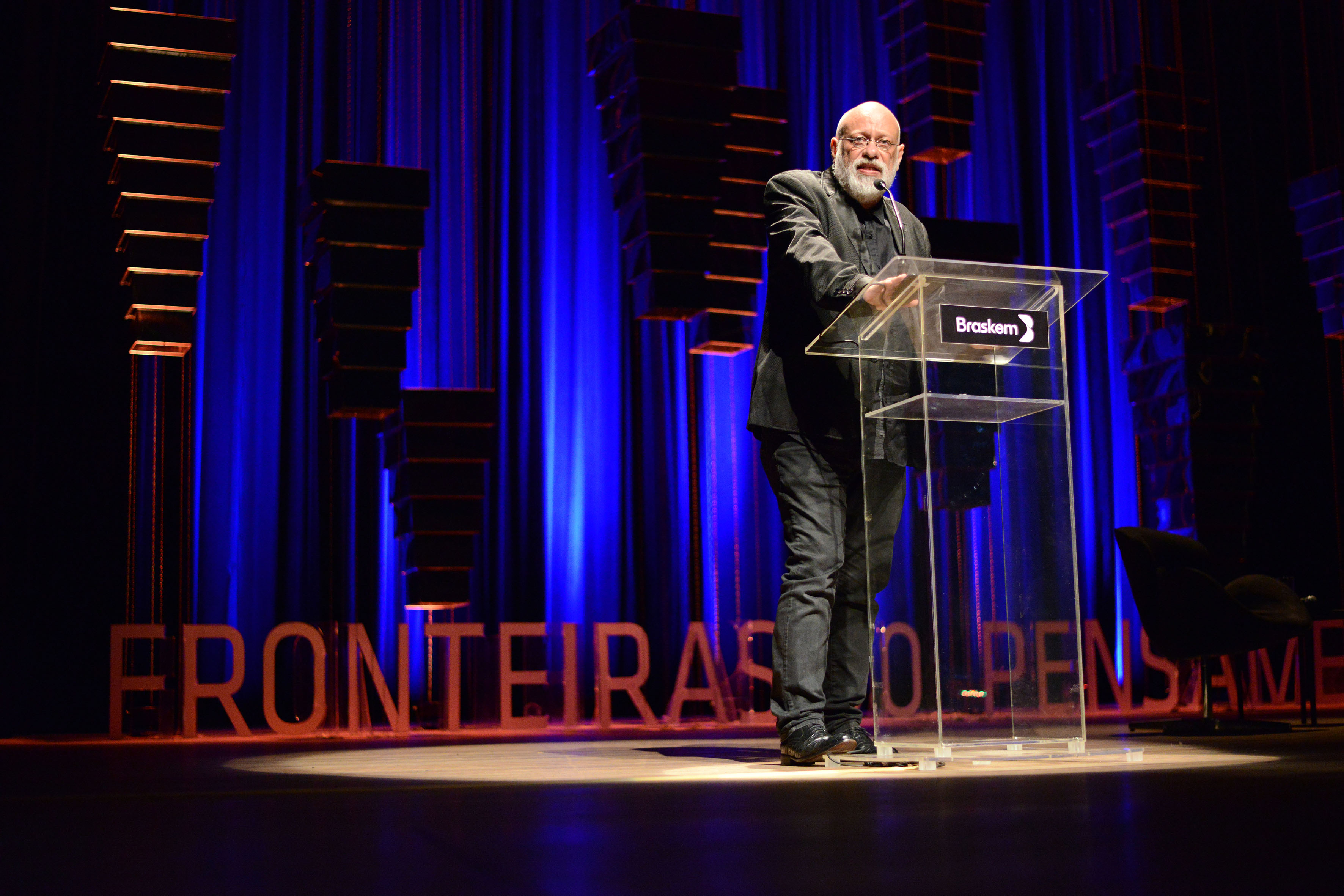 The second conference of the evening was delivered by Brazilian philosopher Luiz Felipe Pondé, who discussed democracy in an era of algorithms on social media, by showing the presidential candidates as products to be consumed by voters who will only want to hear what pleases them. Pondé added that “what’s more important about power is to establish a limit to it. In this sense, democracy is the best regime”.

He looked at the current scenario based on an investigation carried out in the USA as he showed that people who are more politically aware and engaged tend to be more intolerant, unlike what people might think. He also mentioned that a great many of the constituency, although they might be highly educated, know too little about the candidates. This behavior is attested on social media, as you can see the dissemination of ordinary responses for complex issues. “People have been putting politics and resent together,” said he.

One of the points Pondé made is about a democracy that is conditioned to algorithms. It becomes conditioned to the analysis of the electorate’s wishes, just like commercial products. He finished his speech as he mentioned experiments to “soothe the impacts of the participation of voters”. He mentioned a recent referendum on an economic plan that was held in Greece which was fiercely opposed by the population. However, the European Union raised questions about people’s opinions, which led to an understanding that people do not understand economics and, because of that, they are not capable of addressing the topic. In Brazil, he mentioned the trend en vogue at the Federal Supreme Court, as ministers are legislating even without a representative power. In Pondé’s view, this would be a national strategy to attenuate democracy and he made mention to the phenomenon known as folk theory of democracy.

At the closing, as he was asked about the role of the press today, he defended that “the role of the media is to be vigilant to freedom of expression, to observe realities, to be a gatekeeper, just like a filter. This role is jeopardized when it tries to preach morality and social values on society”, concluded he.