Higher Education in the UK discussed by Joaquim Clotet

Lecture addressed his impressions of University of Oxford 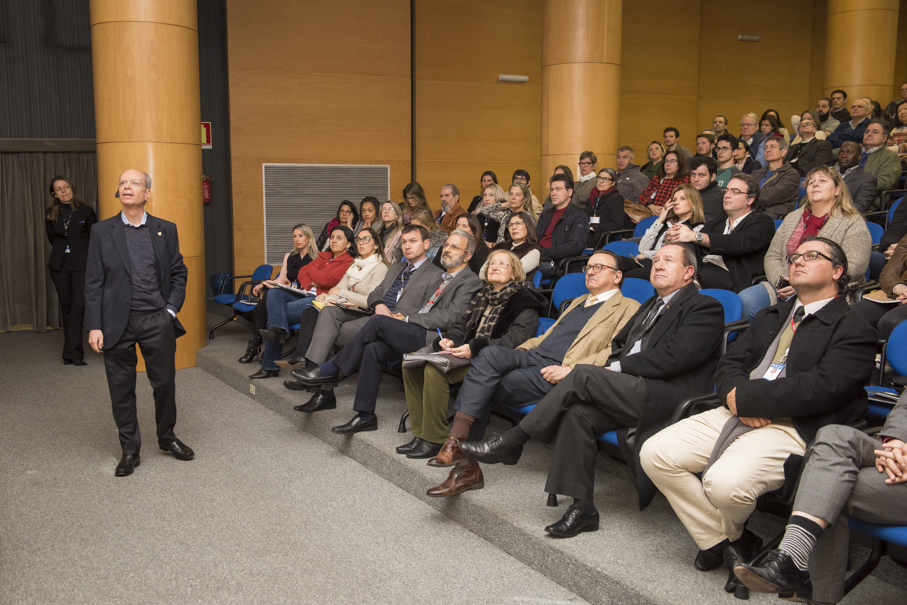 Dr Joaquim Clotet, president of PUCRS from 2004 to 2016, delivered the presentation Flashes on Higher Education in the UK to an audience comprising university students, professors and staff at the auditorium of building 32. In the event that occurred in the morning of Tuesday, Aug 28, he presented his impressions about the University of Oxford, where he did his postdoctoral research in 2017. The event featured the President of PUCRS, Br. Dr Evilázio Teixeira and the Senior Vice President Dr Jaderson Costa da Costa, among other members of the Higher Administration of PUCRS.

Clotet began his lecture presenting the Oxford giant in numbers. More than 50 alumni of the traditional British university have been awarded with the Nobel Prize. Today, it has 370 undergraduate programs, 120 doctoral degree programs and 40 colleges, some of which offering undergraduate programs while others offering both Master’s and PhDs. The University is home to more than 23,000 students, 44% of which are natives of the UK, 17% from other European countries and 39% from other countries. Almost 11,000 students alone are enrolled in the Master’s and PhD programs.

Focusing on the next generations 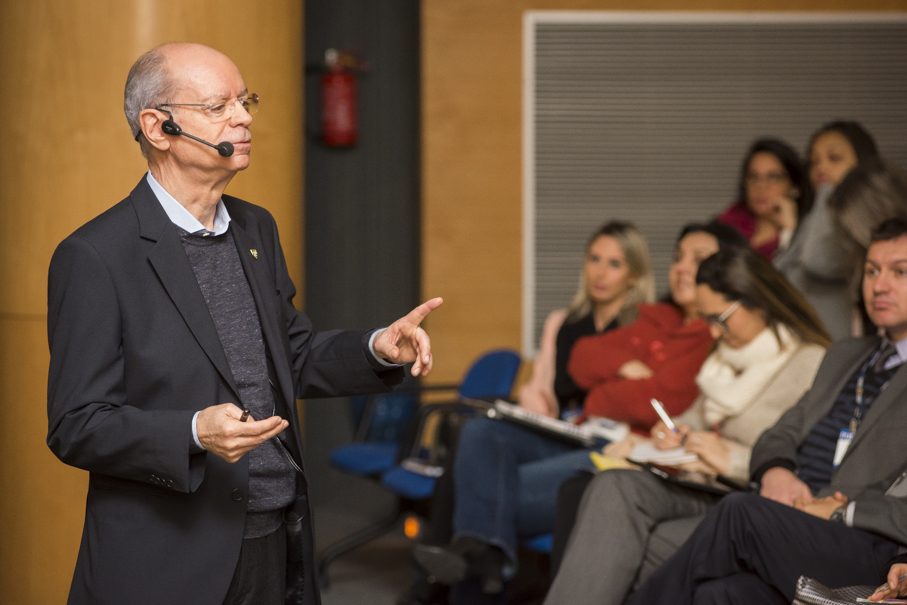 The speech delivered at the beginning of the scholastic year, by the President, Dr Louise Richardson, grabbed Clotet’s attention: “She claimed that the country’s biggest treasure are universities whose mission is to promote research and teaching. To provide training to the coming generation is the main goal”, said he. The challenges she brought forth would be technological advances, globalization and the consolidation of the stronger values of the institution.

Clotet made special mention to the tradition of institutes, some of which are centuries-old, as he presented some images to embellish his presentation. The library, which sits in a building recognized for its architecture, features a collection of 11,000 books that cannot be checked out: users will only be allowed to do research on-site. Unlike the traditional buildings, the Big Data Institute has been built with state-of-the-art architecture. It has been recently opened and is the home for researchers in the area of Medicine. Continuing education is also a very important feature of the British university, as more than 1,000 different programs addressing global issues are offered every year.

According to the latest university rankings, the best research universities in the United Kingdom are Cambridge, Imperial College London and Oxford. When it comes to teaching, Buckingham and St. Andrews stay atop. “This shows that the top universities must give a careful thought to the steps they must take to increase the quality of teaching from now on”, said he. As for employability and salaries, health care professionals are at an advantage. Graduates in this area are the most successful ones in finding jobs and earning a good salary.

On a campus where it is very common to see students laying on the grass and reading books under the sunlight, students from other nationalities complete what is know as “white curriculum”, as they are provided with deeper insights into the European culture. Another topic that was addressed in the lecture was what is know as free speech zones, areas that are devoted to discussions promoted by academic centers.

At the end, Dr Clotet said that “in view of what I have seen both there and at PUCRS, I am well aware that the Catholic excellence and identity of the Marist brothers are the two sides of the same coin. We have to keep it going and commit ourselves to making every effort to continue doing what we know best”, said he.

Professor Br. Joaquim Clotet is a Doctor in Philosophy and Letters (area of concentration: Ethics) from the University of Barcelona. He did a postdoctoral research at the Universities of Warwick and Oxford, in the UK. He is a Doctor Honoris Causa from Dalhousie University (Canada) and Marcelino Champagnat University (Peru). He served as a professor of the School of Philosophy at the University of Barcelona and teaches Bioethics in the Master’s and PhD programs in Philosophy, Medicine and Dentistry at PUCRS. He also serves as a Visiting professor at the Universidad Santiago de Compostela (Spain), at Universidad Nacional de La Plata and Universidad de Buenos Aires (Argentina), as well as the Universidade Federal da Bahia. Clotet has also served as a member of the National Commission on the Use of Human Genome, of the Ministry of Health. He has published 11 books on Philosophy, Ethics and Bioethics, published in Spain, Argentina and Brazil.