Fighting the emperor of all maladies 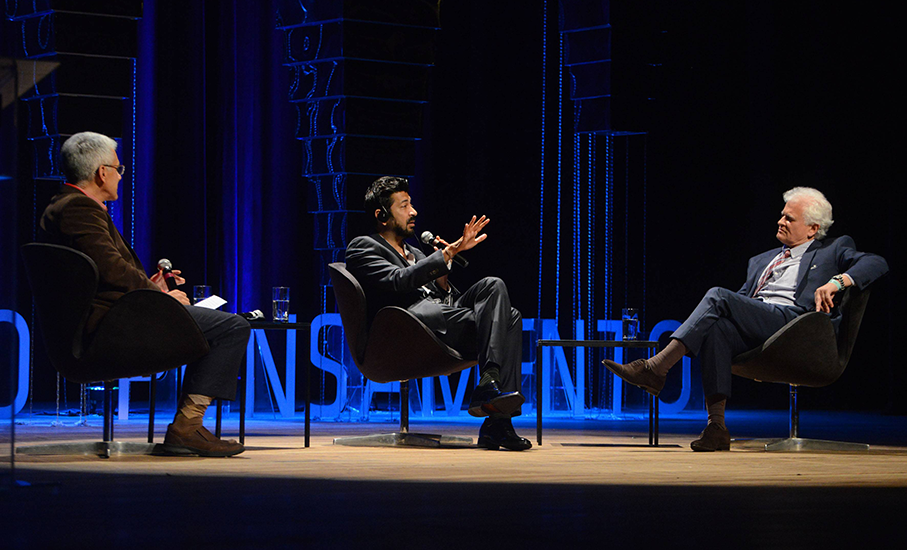 Oncologist Siddhartha Mukherjee talks about cancer in a light-hearted but still provocative way. On the fifth evening of the Frontiers of Thought conferences, on Sep 3, he was given the unconditional attention of a crowded audience from the very beginning to the very end, at the Commencement Hall of UFRGS. He briefly went over the history of the disease, which has been around for as many as 4,000 years. He also interacted with the audience as he cast disturbing questions, but mostly focused on shedding light on future treatments to fight the evil.

Mukherjee is known all over the world for having written The emperor of all maladies: a biography of cancer, published in 2012 in Brazil, having won the Pulitzer Prize in 2011, in the USA. The 634-page long book has been written for all audiences and served as the basis for a documentary by Ken Burns. It described the history of the disease, the advances in the treatment and the impact on society. “Cancer is as diverse as the number of patients in inflicts. No other disease is as diverse as it is. So, this is not an easy talk to be done: it is a challenge. We have had powerful advances, though”, said he. 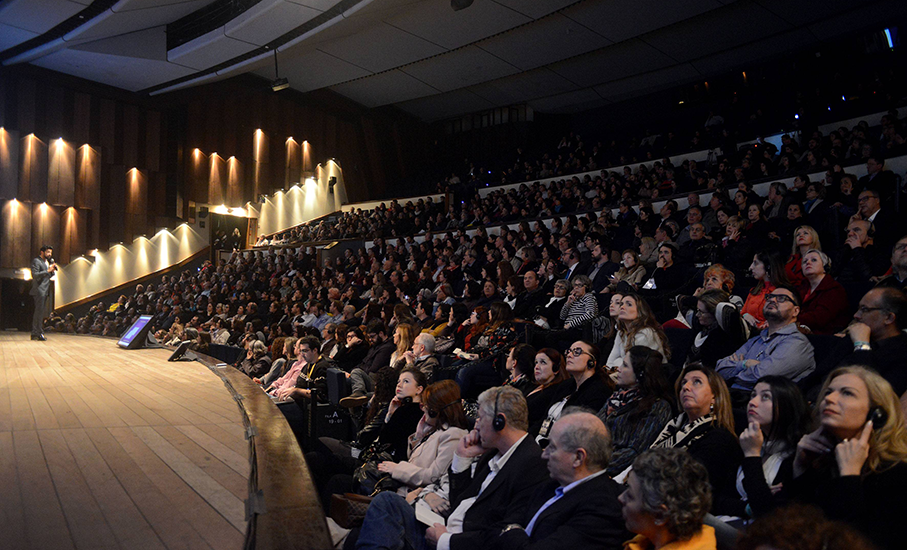 The lecture was delivered in an optimistic tone. He mentioned an investigation that was carried out in 1996 in the USA in which people stated the things they that frightened them the most and the most popular responses were sharks and cancer. “I don’t know anything about sharks, but I know a lot about cancer”, said he. He said that today it is possible to know how tall an adult will be just by analyzing the genetic code of this individual in their fetal stage. Similarly, it is possible to know whether a developing baby will develop a serious disease and in what stage in their life. He asked the participants whether they would like to know that. Not many replied affirmatively. “Would you like to know that beforehand? This is the dilemma”, stated he. “The fear of cancer has spread throughout our culture”, added he.

As for the present and future of medicine in this area, Mukherjee said he would like for people to prepare for this new world. “We are all pre-cancer and are being supervised”, provoked he. “The more we try to diagnose it as early as we can, the more paranoid we become? We are future cancer patients on vigilance.” He highlighted a global plan to face the evil in three different moments: prevention (once it has identified); early diagnosis and treatment. 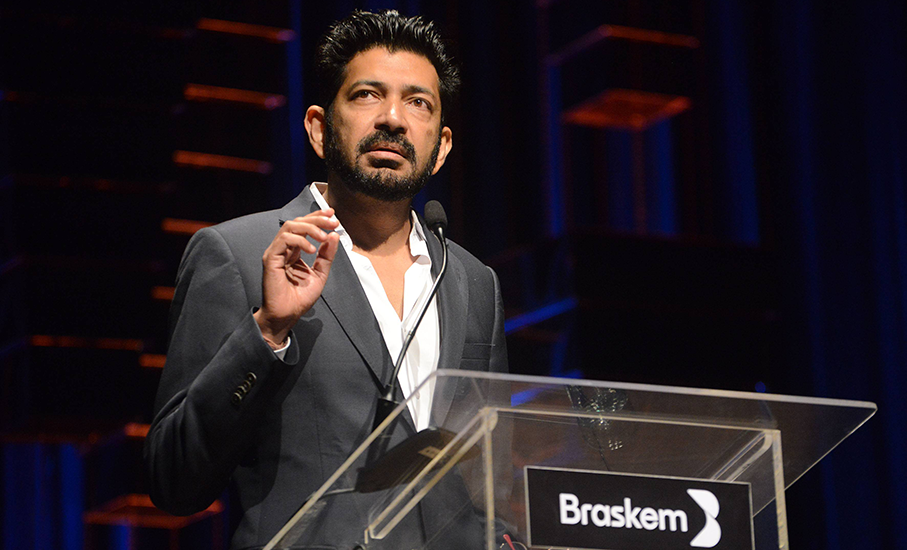 Siddhartha Mukherjee stressed that the way to treat cancer will focus more and more on the individual, as it will take the heredity, genetics and their habits in consideration by using precise target-therapies. This is what we can see in immunotherapy, a treatment that employs the patient’s own immune system to fight the illness. He mentioned US patient Barbara Bradfield, the first to use Herceptin for breast cancer 20 years ago and who is still alive. “It only worked because an individual genetic mutation that would respond to this medication had been identified in her. Otherwise, the medication would have been toxic”, explained he. “Today we can track down and diagnose the genes that increase the risk for tumors as early as possible”, added he. “I conduct from 15 to 20 genetic sequencing sessions per week.” In the EUA, sequencing 23,000 genes costs around US$ 1,000 per patient and the results can be available in one week.

At the end of the event, in the presence of Carlos Alexandre Netto MD (UFRGS) and Luiz Antonio Nasi MD (Moinhos de Vento Hospital), he added that one of the major bets in cancer studies is associated with dieting as a means to change the response to the treatment. He mentioned four studies published in Nature that certify that cancer employs very particular mechanisms to block chemotherapy. ”Our challenge is to combine the right treatment with the right diet”, stressed he. In October, the USA will see the first investigation involving humans with 2 breast cancer patients.

Born in New Delhi (India) 48 years ago, he studied Biology at the Stanford University and Immunology at the University of Oxford. He also has a degree in Medicine from Harvard, specializing in oncology. Today, he works at the clinical center of Columbia University, where he also serves as assistant professor. As an oncologist, he claims that rethinking medicine means rethinking how our bodies heal and, in view of that, focusing on microenvironments that make certain parts of our bodies immune or prone to diseases. And he makes a point: changes are happening.

PUCRS is partners with Frontiers of Thought

PUCRS is partners with the event. The next conference will be on Oct 8, featuring Ai Weiwei, a contemporary artist, designer and filmmaker. Weiwei is one of the most important activists of our times. Activism is felt in his production as he understands that his job is to give voice to those who cannot have a voice. It will be held at the Commencement Hall of UFRGS (Av. Paulo Gama, 110), at 7:30 PM. The world in disagreement – democracy and cultural wars is the theme of the 2018 season.