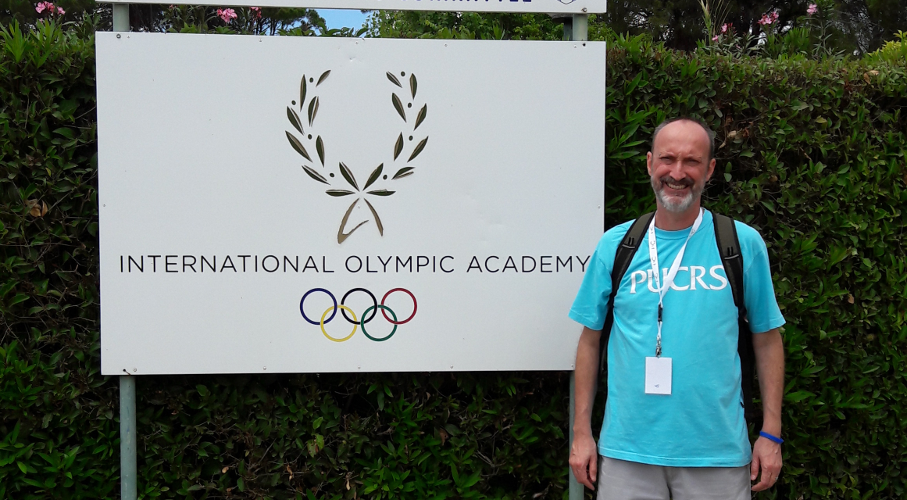 Todt at the International Olympic Academy

On May 28, Nelson Todt, professor of the Faculty of Physical Education and Sport Sciences (Fefid) and president of the Brazilian Committee Pierre de Coubertin, delivered a lecture on Social Cohesion in Brazil: an Olympic reality ?, at the International Olympic Academy, in Olympia, Greece. The article was written by PUCRS’ Research Group in Olympic Studies.

The 12th Session of Educators of Higher Institutes of Physical Education brought together 90 professionals from five continents. The event has helped Todt set up new international partnerships. One such example of partnership was an extension program jointly created with Prof. Daniel de la Cueva, president of the Argentine Committee Pierre de Coubertin. Classes should begin in the second semester of 2017 and will feature videos recorded at the Olympia Archaeological park, location of the Olympic Games of Ancient Times.

Another project confirmed is the design of an updated version of Global Football app in collaboration with the Olympic University of Russia. Fefid along with the School of Communications (Famecos) and the Letters Program, of the School of Humanities, have designed the app, available for Android and soon for iOS. In addition to Portuguese, English and Spanish, the app will now be in Russian, as Russia will be the host of 2018 World Cup. Made for journalists, interpreters, tourists, and other professionals and people interested in soccer and languages, the app has 300 entries including field positions, rules, moves/actions and clothing, among others. “Russia will translate the terms and try to associate the project with the organizing committee there,” says Todt.