Ai Weiwei and art with a pinch of rebellion and irreverence

Chinese artist's delivered a conference at Frontiers of Thought 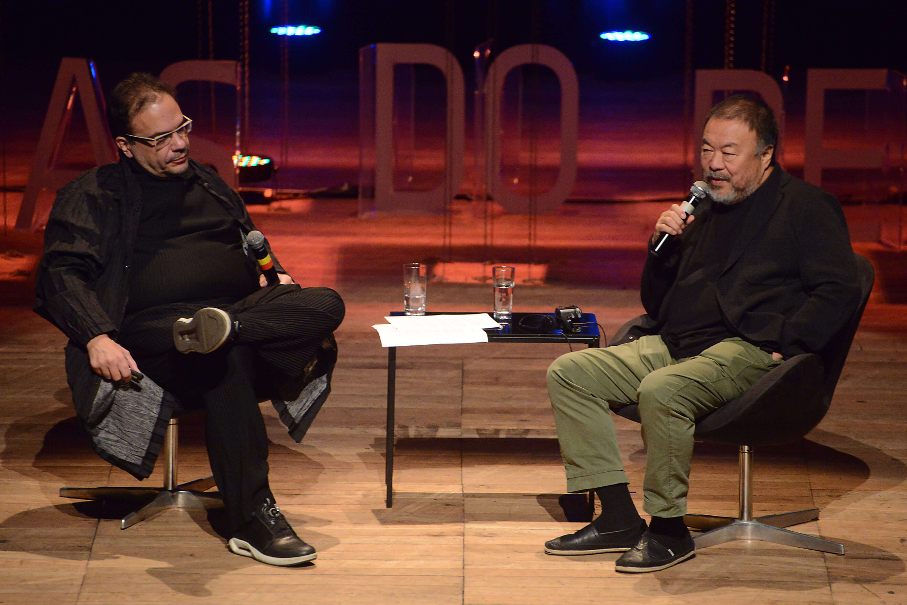 An irreverent and rebel way to show art. This is what Ai Weiwei a Chinese artist, architect, filmmaker and political activist is known for. He delivered a conference at the Frontiers of Thought, on Oct 8, at the Commencement Hall of UFRGS. Weiwei talked about many things, including the most recent works he has developed in Brazil. The event was opened by the exhibit’s curator, Marcello Dantas, who gave the audience a taste of what the artist will be presenting in the country. It is scheduled to begin on Oct 20, at the Oca, at Ibirapuera Park, in São Paulo.

Dantas reinforced that this is to be the artist’s biggest exhibit of all time. Weiwei did a real immersion in the country, and built three studios in the cities of Trancoso (Bahia), Juazeiro do Norte (Ceará) and São Paulo (São Paulo) to produce it.

In his exhibit, the artist has used cultural identities of Brazil, which were interpreted with its methods and thoughts through a modular architecture. He used biodiversity and the works of Brazilian exponents, such as novel writer and dramaturg Ariano Suassuna, who created his typography of the movimento armorial and who will have his work revisited by Weiwei. The works involved Brazilian people and techniques.

Some of them include Raiz, a series of works produced out of hundred-year old roots of a pequi-vinagreiro, a typical Atlantic rainforest tree from Bahia, which is seriously endangered. They were found on the soil of Trancoso. One of his works looks at slavery in Brazil, as it is represented by words marked in hot iron in cowhide, in an effort to materialize the practices enforced on the faces of slaves.

On the other hand, Duas Figuras, represents the sexual identity of Brazilians. He used two bodies, his own and another of a model, that were sculptured in clay. He has also created a 3m tall refugee boat filled with all-black inflatable dolls to be drifting ashore the coast of the country. Additionally, Terezas, demonstrates the feeling of escape. Some museums will be decorated with major ropes produced by female prisoners of the Tremembé Female Prison, in the state of São Paulo. 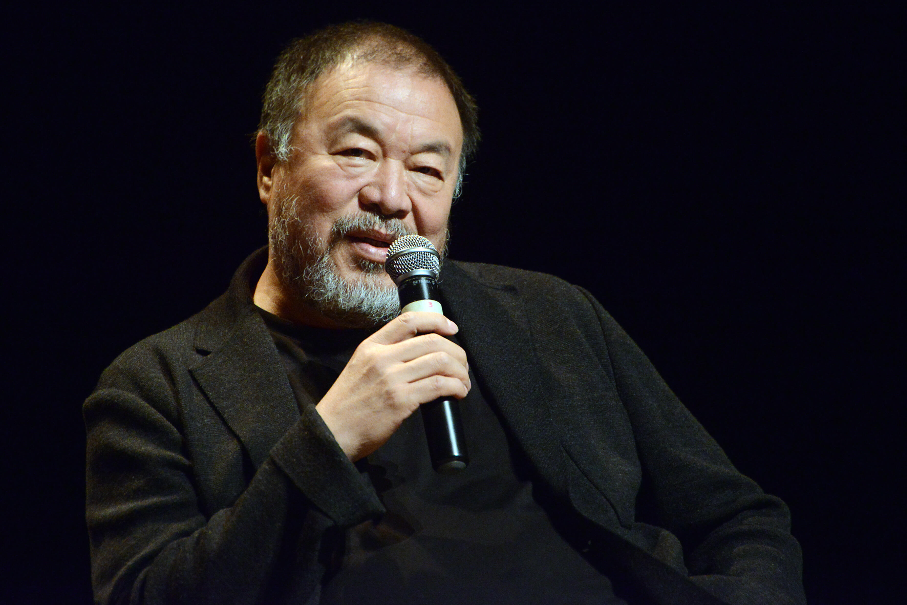 The exhibit’s main work is a sculpture that resembles a 100-year-old tree. He came up with this idea after a visit his father, poet Qing Ai, paid to him, 1954, when he visited Latin America. His visit to this continent has produced a poem book. “As I read this book, I wanted to learn more about Latin America. When I arrived here for the first time in 2015, I was eager to learn and establish a connection, especially with Brazil. I visited many studios and did several investigations that took me to the image of the old tree”, says he.

The tree, which is 35 m tall, is condemned, and a 3D copy of it has been produced. it will then be modulated in iron. A Chinese team came to the country and stayed here for 100 days. The tree, which is very similar to a pagoda, a typical Chinese tree with multiple edges, consists of 100 different parts. “If you ask me why I did that, I wouldn’t know what to say. If you ask someone why they love you. You wouldn’t know how to answer this question. I felt the possibility to do that (the sculpture) and I did it”, explained he.

When he was asked about these topics, Weiwei said that, this is something undesirable all over the world. “We have to keep the future in our minds and see the importance of people. From the Berlin wall up until today, 70 other walls have been built and many people have tried to flee wars. Besides, intolerance is rife, especially in the USA, with Trump, and neo-nazism in Germany”, exemplified he.

In his view, hatred has grown all over the world after globalization. “Capitalism has propelled regional conflicts. The differences between social classes have been expanded by major companies”, added he.

As to slavery, he claims it to be something very sad for human development. This is a phenomenon that happened not only in Brazil but in many other colonized countries. “It is important to learn from the past. In this world that we live today, we must look at human rights and conditions. They need to be discussed. It’s something we ought to fight for constantly”, remarked he.

Appreciation for writing and censorship in his country

“Writing is the most efficient way, something we can’t sell. It’s the most precious record of your thoughts. That’s what I like to do the most. I may have been influenced by my father”, commented Weiwei.

As for communication, the artist stressed how restricted the access to the internet is in his native country, including social media. “There are no political demonstrations. Everything is under control of the police. If you do something wrong, they’ll knock on your door and say they want to have some tea in your house. A friend of mine posted some things on Twitter and spent five years in jail”, said he.

When he became more active on the internet and posted fierce criticism, Weiwei was beaten by the police. “My website was shot down. In China, if you enter my name on the navigator, there’ll be no search results. Internet is a tool that individuals use to express their own information”, completed he.

PUCRS is partners with the event. The next Frontiers of Thought conference will be on Oct 22 and will feature two guests: Spanish writer Javier Cercas, known for exploring the limits of reality in his books, and Chilean Alejandro Zambra, considered one of the most relevant writers of contemporary Latin American literature. It will be held at the Commencement Hall of UFRGS (Av. Paulo Gama, 110), at 7:30 PM. The world in disagreement – democracy and cultural wars is the theme of the 2018 season.