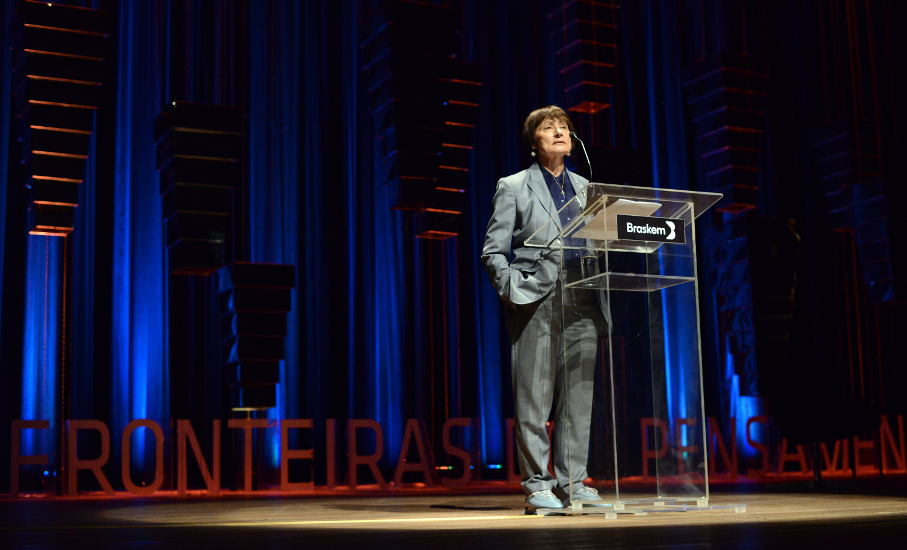 The third evening of Frontiers of Tought 2018 featured French writer and literary critic Catherine Millet. For the first time, she talked to the audience about the editorial published in newspaper Le Monde against the campaign #MeToo, on sexual violence against women and which gained momentum in 2017 as several Hollywood actresses began reporting harassment cases. Catherine is one of the co-authors of the manifesto defending “freedom to pester to ensure the heritage of the sexual revolution”.

Catherine began the conference by telling the audience that everything she says mirrors her personal experiences, from a “bourgeois, Parisian, intellectual and privileged point of view”. She stated that she decided to stand up against the movement #MeToo after the French media published two articles reporting sexual harassment, in which in one of the cases, the women dropped the charges. However, the newspaper did not issue its apologies to the alleged aggressor. On top of that, the other case was much more impacting than the major terrorist attack that occurred on the previous day. “Newspapers were happy in replicating what they see on social media without hearing the alleged aggressors. They hardly investigate cases on their own, which is something a journalist is supposed to do”, says she.

Catherine goes on to say that the cases presented by movement #MeToo are distinct and many should not be considered to be harassment, but extravagant gestures that turned out to be disproportionately misinterpreted. In her view, media overexposure is extremely dangerous because the cases that are replicated by several people give the impression they are more frequent than they actually are.

Catherine acknowledges the benefits of social media but also of its dangers in allowing people to judge one another without being aware of the facts. People mostly remain anonymous to crucify people in public. “It is against the democratic principles when the feelings of some dictate the behavior of others”, says she. To her mind, the role played by the press is quite detrimental to democracy as it judges people who are in the limelight. “Information goes from social media to newspapers and the law is ignored. In the past, censorship was something claimed by right wing individuals. Today, it is brought forth by intellectuals and university students. And also by people who work in newspapers and even others who belong to the left wing”, complements she.

Besides the equal treatment to be given to serious sexual assault cases, as well as others that would not even be considered to be harassment, another factor that encouraged her to write the editorial was the vocabulary that is used for the movement in France. In the country, #MeToo is also known as balance ton porc. According to Catherine, this term carries quite dangerous connotations. “Balance can be interpreted as complaint, a term that was used in WWII by the Nazi in relation to the Jews. Porc was a term that was also used to refer to Jews. We can’t ignore that history is embedded in these themes”, claims she.

Catherine is worried about the disproportionately misinterpreted of defamation for people exposed in “complaints” that are not always harassment or sexual assault. “Radical feminist activists follow the logic that the ends justify the means”, criticizes she. The authors of the manifesto against movement #MeToo were called out on their lack of sorority, a term that is highly popular in France today to express empathy and union between women. “I declined the idea of being sisters of all women and had the impression that I was seen as a traitor. Acting against the movement does not mean we are against the crimes committed by men”, says she.

In her lecture, Catherine added that censorship emerged as a consequence of the movement. For instance, the reading of the story Sleeping beauty for children was an issue, since the prince kisses the princess without her authorization. Some pictures in exhibits were also a problem. “Luckily, public opinion enjoyed a hearty laugh at some of those examples”, comments she. In Catherine’s opinion, the movement #MeToo is a response to the utopia of the ideal man, who controls their impulses. “It is a dangerous dream to change someone so that they become the person we want them to be”, warns she. 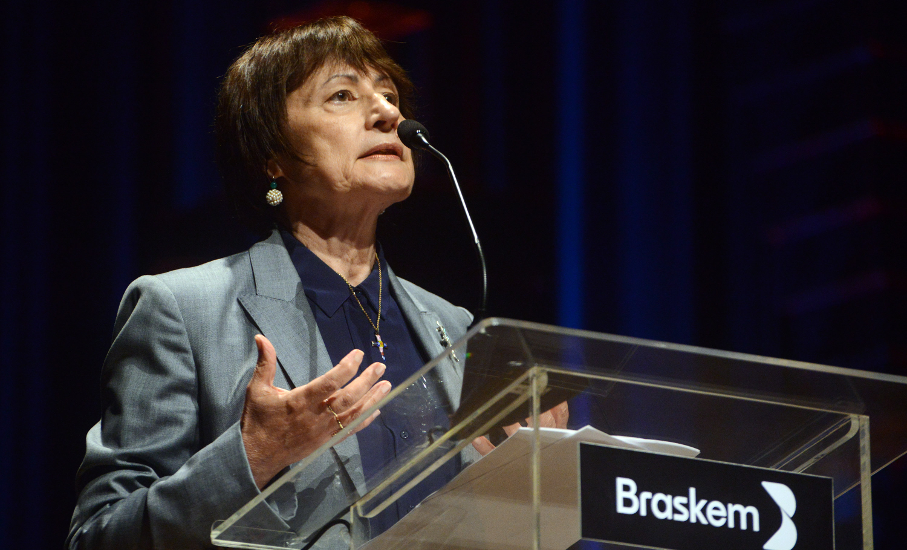 Catherine Millet is the founder of one of the most influential French art magazines Art Press, created in 1972. She has written several contemporary art books. She is recognized in France and all over Europe as a specialist in the works of Spanish writer Salvador Dalí and French artist Yves Klein. She has written the books The sexual life of Catherine M and The other life of Catherine M. In 2016, she won the François Morellet Award and, in 2018, was one of the co-authors of the manifesto published in newspaper Le Monde against the campaign #MeToo, on the sexual violence against women. This document was signed by 100 French personalities and was led by actress Catherine Deneuve, as she defended the “freedom to perter” ensure the heritage of the sexual revolution. The material’s writers range from 35 to 88 years of age.

PUCRS is partners with frontiers of Thought. Faculty, staff, graduate students and alumni will are entitled to a 50% discount in the admission tickets. The discount is also valid for their companions. Alumni must present the alumni card at the time they purchase the tickets. Tickets are available in Room 109 of Building 1, from Monday to Friday, from 8:30 AM to 6:30 PM. Contact us: Alumni Network. Undergraduate students are entitled to a 50% discount if they present a student Id, as stated in the law.

The next Frontiers of Thought conference will be on Aug 6 and will feature Angolan writer nominated to the Man Booker Award, José Eduardo Agualusa. It will be at the Commencement Hall of UFRGS (Av. Paulo Gama, 110), at 7:30 PM. The world in disagreement – democracy and cultural wars is the theme of the 2018 season.