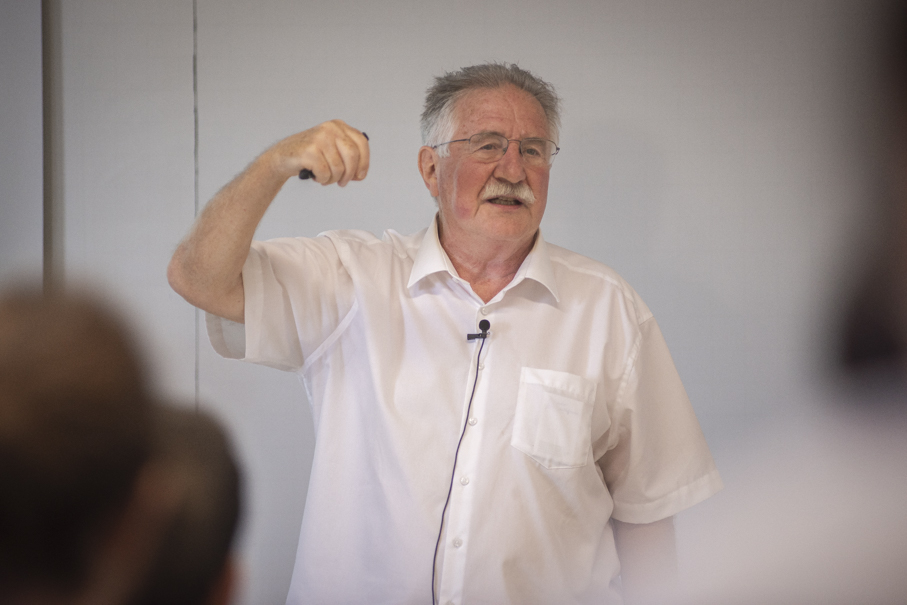 Earlier in October, Centre de Recherche sur les Ions, les Matériaux et la Photonique (CIMAP) researcher Marcel Toulemonde, came to PUCRS as a Visiting Professor under PUCRS-PrInt. He will be cooperating with the project Technology, Energy and Natural Resources: New Paths to Sustainability, under the priority area Technology and Biodiversity: Sustainability, Energy and the Environment.

The partnership between PUCRS and CIMAP began in 2007 and focuses mostly on the effects of ​​irradiation on nanomaterials. Marcel Toulemonde has made contributions to the studies carried out by students in the Graduate Program in Engineering and Materials Technology  (PGETEMA). A number of faculty members of the School of Technology have taken part in projects in partnership with CIMAP as well. This month, Dr Raquel Thomaz will be visiting the center in France to continue with discussions on the possibility of double degrees. 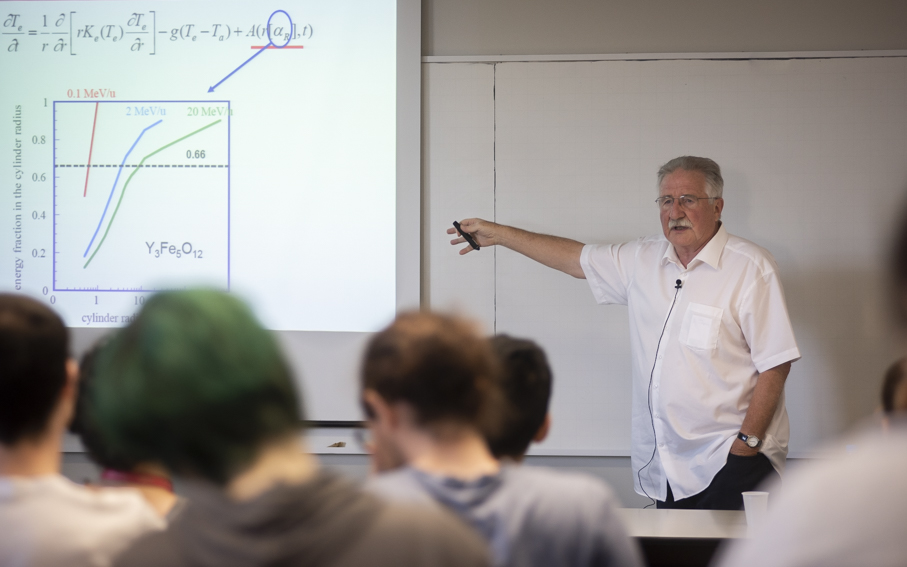 On Tuesday, Oct 8, Toulemond delivered the lecture Transformation of matter by high-energy ions: the effect of high density of electronic excitation at the nanometer scale. He talked about the interaction of high-energy radiation with different types of materials. Toulemonde began by introducing the audience to CIMAP, its infrastructure and main lines of research.

After that, the visiting professor discussed the basic mechanisms through which high-energy ions transfer energy to matter and the importance of defect production as a means to optimizing material properties. Then, he pointed out how this deposited energy can be used to create nanostructures in materials. He exemplified that by showing the applications in nuclear energy, nanopore membrane creation and in biomedicine, such as proton radiotherapy. Marcel also presented how radiation effects can be understood in terms of radiation-induced transient thermal processes. 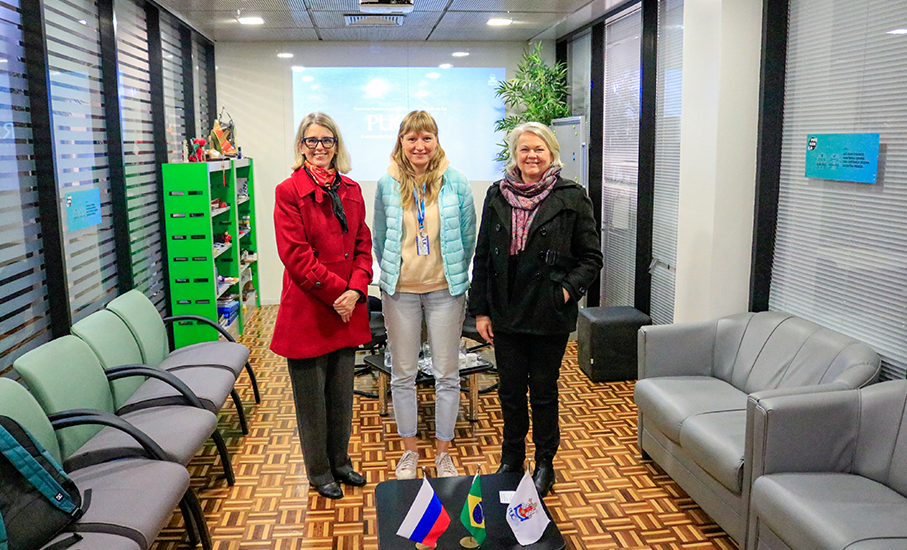