PUCRS and the Katholieke Universiteit Leuven (KU Leuven) have signed an international research cooperation agreement. As a result, two students in the Graduate Program in Biomedical Gerontology  and another in the Graduate Program in Electrical Engineering will be heading for a doctoral research internship at the Belgian institution. Both institutions have signed a collaborative research project to be submitted to an European funding agency. The partnership will also bring Professor Michel Koole to PUCRS on two occasions: the first is scheduled for the first week of September 2019. The second is planned for 2020 and should be a longer visit, as Koole is expected to teach in the graduate program and work as a researcher at the Center for Research in Medical Imaging (NIMed).

The initial talks of the agreement began with School of Sciences Professor Dr Ana Maria Marques da Silva, as she spent seven months at KU Leuven, for postdoctoral research. The document was signed in February, shortly before she returned to Brazil. Silva showed them the infrastructure of PUCRS and the research that has been developed in different Schools in order to officiate the agreement. “This is a very important partnership for us to achieve the goals of our strategic plans, especially if we want to bring our research to an international level and develop international agreements that effectively increase the impact of research”, she adds.

Ana Maria has introduced KU Leuven to the research projects developed at NIMed of PUCRS. As she coordinates the center, she integrated the researchers at the Medical Imaging Research Center of Leuven (MIRaCLe) of KU Leuven in some of the projects. “Researchers Michel Koole and Jenny Ceccarini got involved in two doctoral-level projects in the Graduate Program in Biomedical Gerontology and another in the Graduate Program in Electrical Engineering, at the Master’s level. One of the PhD students involved is Andreia Fischer, who is working on the standardization of quantification of PET images of the brain. On the other hand, student Caroline Dartora is working on the recognition of patterns in multimodal images (PET/CT/MRI) using artificial intelligence techniques”, she says. Both students are applying for a CAPES-PRINT grant to complete a doctoral research internship at the Belgian institution.

In addition to them, student Phelipi Schuck is about to finish his Master’s thesis in the Graduate Program in Electrical Engineering. His work will result in an article involving other researchers. He may have the chance to do a research internship at KU Leuven or PUCRS, once he is admitted into the graduate program. The mobility of the aforementioned PUCRS students for KU Leuven has been scheduled for 2019, 2020 and 2021. “This means that we need to have a long-term collaboration”, Ana Maria adds. During her stay in Belgium, Ana Maria worked on the quantification of molecular images at an interdisciplinary center at the Leuven University Hospitals. The investigation she worked on involved physicists, physicians, engineers, computer scientists and neuroscientists. Not only did Ana Maria had the chance to work with a group of renowned researchers committed to the state-of-the-art in nuclear medicine and molecular imaging research, but also had access to a very consolidated translational research environment, which includes cutting edge equipment both for pre-clinical and clinical research.

“As KU Leuven is research partners with GE Healthcare, I had the chance to work with PET/MRI images. These are last generation images that are not yet available for use in clinical studies”, she adds. KU Leuven, just like Tecnopuc, has a large number of projects with the pharmaceutical and medical equipment industry, such as GE Healthcare, UCB, Merck and Johnson & Johnson. These projects result in the development and assessment of new equipment and medication to be used in the pre-clinical and clinical stages. “I had the chance to see how negotiations are conducted and how companies and researchers collaborate”, she comments.

The visit to KU Leuven will serve for Ana Maria to officiate the agreement and work on her own professional development, as she will expand her horizons and come into contact with cutting-edge research. “By sharing my personal and professional experiences with students, I can encourage them to follow in my footsteps”, she concludes.

Founded in 1425, KU Leuven is the 5th most innovative university on the planet, as per the Reuters World Ranking 2017. It is in the top 50 list of the Times Higher Education, as one of the best universities in the world. The institution sits in an area filled with a large number of buildings in the small city of Leuven, many of which were built in the Middle Ages. It is a culturally rich and diversified place where you can hear students speak a variety of languages all around campus. The Medical Imaging Research stands out for interdisciplinary research as it brings together researchers from different areas, such as physicists, computer scientists and engineers as well as physicians and biologists. 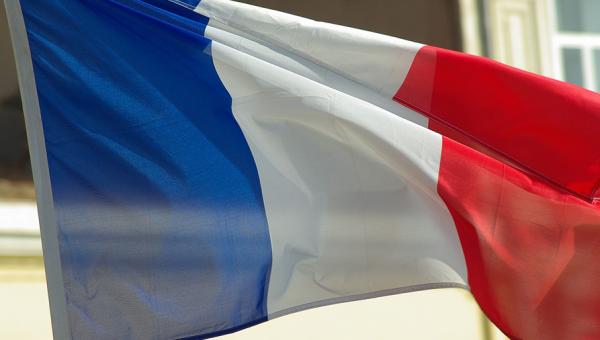 Cooperation agreement
21/06/2019 - 08h30
Undergraduate-level double degree program brings PUCRS and ENISE together
This website uses cookies and other similar technologies to improve your experience on our sites, personalize the offer of programs and services and suggest content that may be of interest to you. As you continue to browse this page, you certify your agreement to these conditions.
X