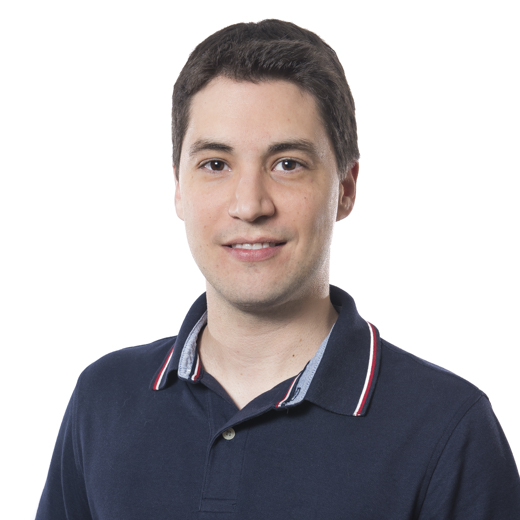 BSc. (UFPel, 2007), MSc. (PUCRS, 2009), and PhD (USP, 2013) in Computer Science, Dr. Barros was a visiting researcher at the University of Kent, UK, from 2012 to 2013. He received the Best Thesis in Computer Science Award from both the Brazilian Computer Society and CAPES in 2014. Dr. Barros is Associate Professor in the School of Technology, PUCRS, since 2014, where he leads the Machine Intelligence and Robotics Research Group (MIR-PUCRS). He has published more than 90 papers in prestigious conferences and journals, including IEEE/CVF CVPR, ICML, AAAI, ICCV, IEEE Transactions on Evolutionary Computation, ACM Computing Surveys, among others. Dr. Barros has received several best paper awards in conferences such as GECCO, CEC, IJCNN, FLAIRS, and BRACIS. He received the Google Research Awards for Latin America in three consecutive editions. Dr. Barros supervises MSc. and PhD. students in research themes focused on Machine Learning. He is co-founder of Teia Labs, the first AI Company from Rio Grande do Sul, and winner of innovation grants in partnership with Samsung and Shell. Due to his entrepeneurial performance, Dr. Barros was awarded "Gaucho Researcher" by FAPERGS in 2018.