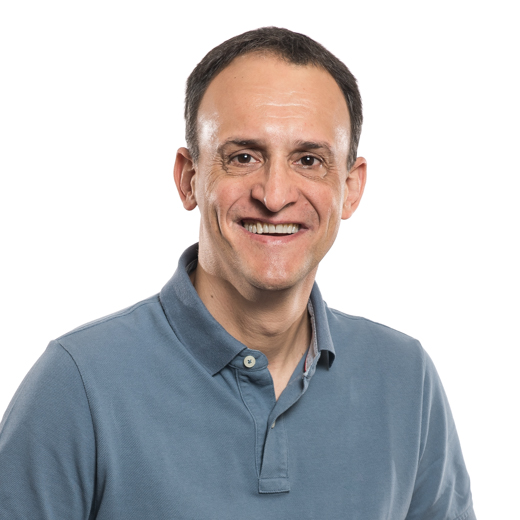 Dr. Márcio Sarroglia Pinho concluded his PhD in 2002 in the area of collaborative interaction and virtual reality systems, at UFRGS, in the Computing Graduate Program. He is a professor at PUCRS since 1990, where he coordinates the Virtual Reality Group (http://grv.inf.pucrs.br). Since 2004, he is engaged in the Computer Science Graduate Program at PUCRS, where he has already advised 18 masters and 5 PhDs in Virtual Reality, Computer Graphics, Electronic Games, Medical Image Processing and Computer Vision areas. He also belonged to the National Institute of Science and Technology in Medicine Assisted by Scientific Computing (INCT - MACC). He works mainly in interdisciplinary research projects, using computer vision, computer graphics and virtual and augmented reality in the areas of Medical Imaging, Production Engineering, Medical Teaching, Dentistry and Physiotherapy. He teaches Programming Languages, Virtual and Augmented Reality, Computer Graphics and Image Processing. Currently, he is the Research Coordinator of the School Technology of PUCRS and the Coordinator of the University's Advanced Visualization Research Center. He has already acted as the Coordinator of the bachelors degree in Computer Science and was head of the Computer Science department. He actively works with the Virtual Reality scientific community, especially through the Special Virtual Reality Commission, from the Brazilian Computer Society, of which he was coordinator from 2009 to 2010.