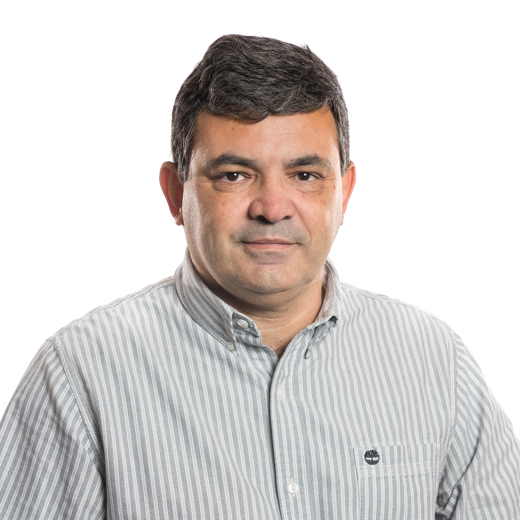 Fernando Moraes received the Electrical Engineering and M.Sc. degrees from UFRGS, Porto Alegre, Brazil, in 1987 and 1990. In 1994 he received the Ph.D. degree from the Laboratoire d'Informatique, Robotique et Microélectronique de Montpellier (LIRMM), France. The thesis (defended in 1994) received the distinction "Très Honorable avec Félicitations du Jury". He is currently at PUCRS, where he is Full Professor. He joined the Université de Montpellier as Invited Professor in 1998, 1999, 2000, 2017 (1 to 3 months each period). He has authored and co-authored 44 peer-refereed journal articles in the field of VLSI design, comprising the development of networks-on-chip (NoCs) and telecommunication circuits. One of these articles, HERMES: an Infrastructure for Low Area Overhead Packet-switching Networks on Chip, is cited by more than 750 other papers. He authored and co-authored more than 250 conference papers on these topics. He has co-advised 4 MSc, advised 26 MsC, advised 13 Ph.D., and co-advised 3 Ph.D. Mr. Moraes is a member of the program committee of SBCCI, LATW, ISVLSI, NoCs, DATE, DCIS. During the period 2001-2006, Mr. Moraes was responsible for the Computer Engineering Course at PUCRS (Brazil). From 2008-2010 he was responsible for the Computer Science Graduate Program at PUCRS. His primary research interests include Microelectronics, FPGAs, reconfigurable architectures, security, NoCs, and MPSoCs. SBC, SBMICRO, and IEEE Senior Member. CNPq researcher with grant level 1B.