In 2018, graduate research in History studied influence of aviation on virus proliferation 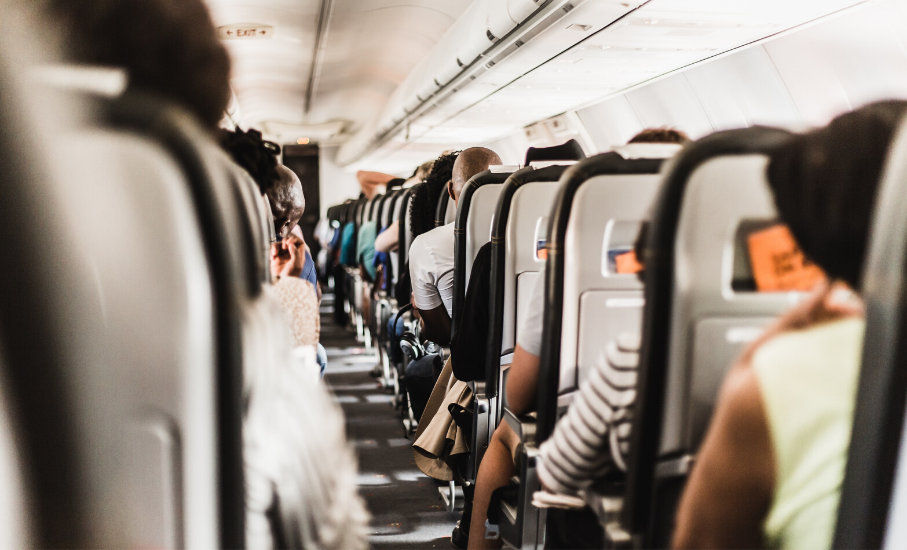 In February, the first cases were reported in Mexico. In March, the government issued an epidemiological alert calling for stricter measures. During the month of April, the situation evolved into a public health emergency of international concern, with the first cases in the United States. And no, we are not talking about the Covid-19 pandemic, but H1N1. Commonly known as Swine Flu, the disease scared the world with more than 18,000 casualties in 2009.

In 2018, research by Henrique Helms, of the School of Humanities’ Graduate Program in History looked at the influence of aviation on this and other global crises caused by diseases, even before the planet knew of the arrival of the new coronavirus. In Aviation as a vector for the spread of diseases: “Diseases that come from the air”, Helms explains that despite the efforts of national and international integration, air transport becomes a vector of transmission. In his dissertation, he claims that “History can prompt us to reflect deeply on the evolution of technological changes and its impact on public health.” According to him, this should not have a negative connotation. Quite the contrary, it is very beneficial in that “it increases the understanding of the dimensions of aeronautical development”, he says.

“A people that does not know its own history is doomed to repeat it” Philosopher Edmund Burke’s lines are still very up-to-date, according to Dr Cláudia Fay, School of Humanities Professor and researcher, who advised Helms at the time. “In the outbreak of a pandemic like Covid-19, we look at the past and wonder: how can history help us understand the present moment? Can it help us? I think so! History may be very different from Medicine, in that it is not accountable to the discovery of a vaccine, for instance, but it gives us many explanations and understanding about who we once were”, she says.

The role of History is to check information, compare events and show facts, while seeking to avoid the mistakes of the past, Cláudia says. The way she sees it, humanity has evolved in many aspects, mostly in terms of technology, but it still needs to advance in other areas:

● Hygiene habits: washing your hands when you get home is something basic, but it became a habit to many people only after Covid-19. “We should have learned it already,” she says.

● Social inequalities: the most vulnerable social classes are the most affected by crises and diseases. According to a study of the government of São Paulo, coronavirus is 10 times more lethal in the suburbs.

● Basic sanitation: several regions of the planet have no access to drinking water and basic sanitation, including Brazil. According to Associação Brasileira de Engenharia Sanitária e Ambiental (Brazilian Association of Sanitary and Environmental Engineering), the first three months of 2020 saw a record number of hospitalizations in Brazil – 40,000 – due to poor sanitation.

● Nutrition: malnourished people tend to have lower immunity and fewer antibodies. For the third consecutive year, the Food and Agriculture Organization of the United Nations has seen an increase in the number of starving people in the world: 821 million individuals, according to the Official website.

● Conspiracy theories: people still rebel against vaccines, for example. “The same degree of paranoia has been seen in other moments in history,” she says. Vaccine hesitancy has propelled the emergence of eradicated diseases, such as measles.

According to Cláudia, science denial as well as disbelief in the media and in international agencies could also come as a “failure to advance society”. For her, social unrest caused by issues such as unemployment and the crisis, for example, requires us to be mindful and have a progressive attitude.

An overview of pandemics 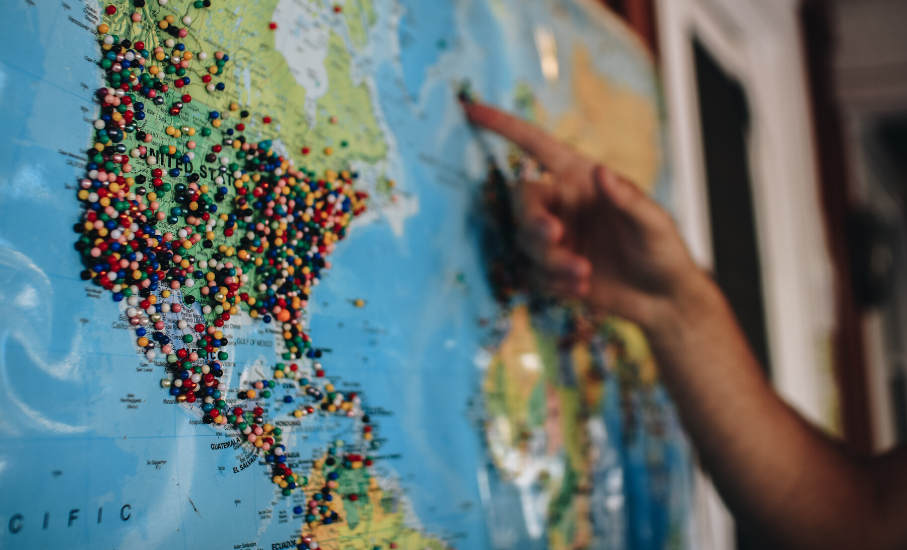 “It is difficult to say how to predict the behavior of pandemics, as they are very different from one another. But a perspective of History in knowing how this changes people’s daily lives helps us to better face these challenges and think about alternatives ”, Helms says. He points out that the most striking similarities are people’s concerns and the speed with which the routine changes: “On a given day it’s just an episode of flu in an isolated city. Shortly after that, it becomes an international pandemic”. It was so during the Black Death, smallpox, measles, cholera, as well as the Spanish, Asian and Hong Kong flus, among many other diseases. As we can now communicate in a much more agile way, people tend to take action and get ahead of themselves. “It is important to take collective actions to be safe. I imagine there’s nothing worse than not taking action”, he adds.

When diseases start to proliferate

Populations have already been, to a certain extent, isolated from one other. However, people have been in closer contact with other peoples, as well as with flora and fauna. With that, the dissemination of diseases has proved to be of great importance in the formation of world history, and with wars, crusades and migrations, the most vulnerable populations became prone to infections, the researcher explains. Read more: Records of Spanish flu at PUCRS’ Benno Mentz collection records

Although flying by plane is still something associated with people with better financial conditions, by reducing travel times, it has become a tool of power. According to the research, “Everything known to aviation has changed human culture as it offered different responses, world views and landscapes that could very well be understood despite language barriers”. With commercial aviation, this has become even more disseminated, according to infectologist Stefan Ujvari, mentioned in the investigation. “In the history of mankind, people have never travelled as much as they have today. […] The world is interconnected by people traveling for business or leisure (including ecotourism) as well as missionaries, refugees, immigrants, students and pilgrims. Continents are connected by sea vessels and by airplanes ”, he says.

About the researchers Despite having a degree from Aeronautical Sciences from PUCRS and having worked as a pilot for years, Henrique Helms has always liked History. In his Master’s, he decided to study the Brazilian aviation in 1986 and the financial restructuring of Varig. In his Doctorate, he went on to study pandemics over time. The way he sees it, “the issues of humanity tend to repeat”. We need to look at the past to keep them from happening. In addition to being a professor and researcher, Dr. Cláudia Fay coordinates the Interdisciplinary group of studies into scientific and technological development and the Laboratory of Research in Oral History of PUCRS.

Dedication to the study of History

Being awarded grade 5 – in a scale that goes up to 7 – by Capes (Brazilian Federal Agency of Evaluation and Support of Graduate Education), the Graduate Program in History of PUCRS stands out for having highly qualified faculty as well as for embracing cross-sectional and interdisciplinary themes. Most research is developed in the areas of immigration, art, politics, cities, crises, culture and several other topics. 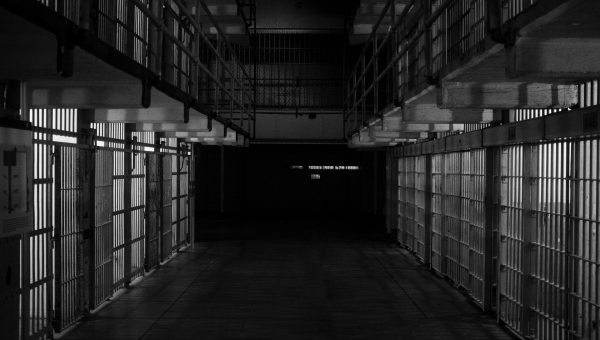 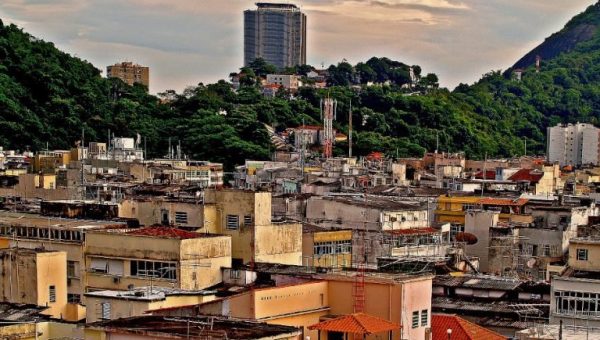 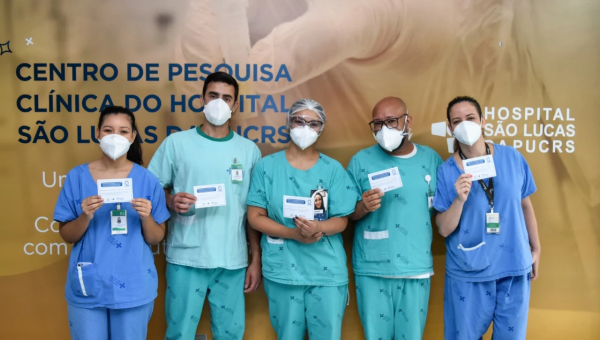 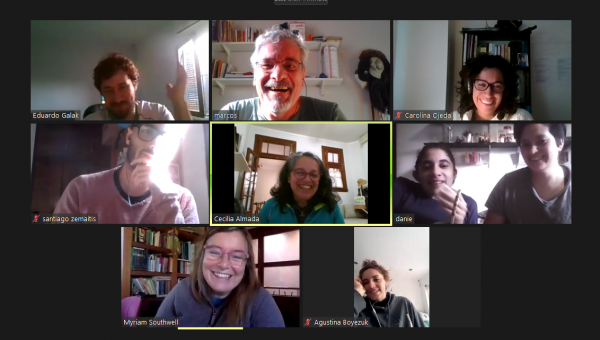 Sem categoria
10/03/2021 - 14h10
PUCRS research inspires series on social inequality in Brazil
This website uses cookies and other similar technologies to improve your experience on our sites, personalize the offer of programs and services and suggest content that may be of interest to you. As you continue to browse this page, you certify your agreement to these conditions.
X