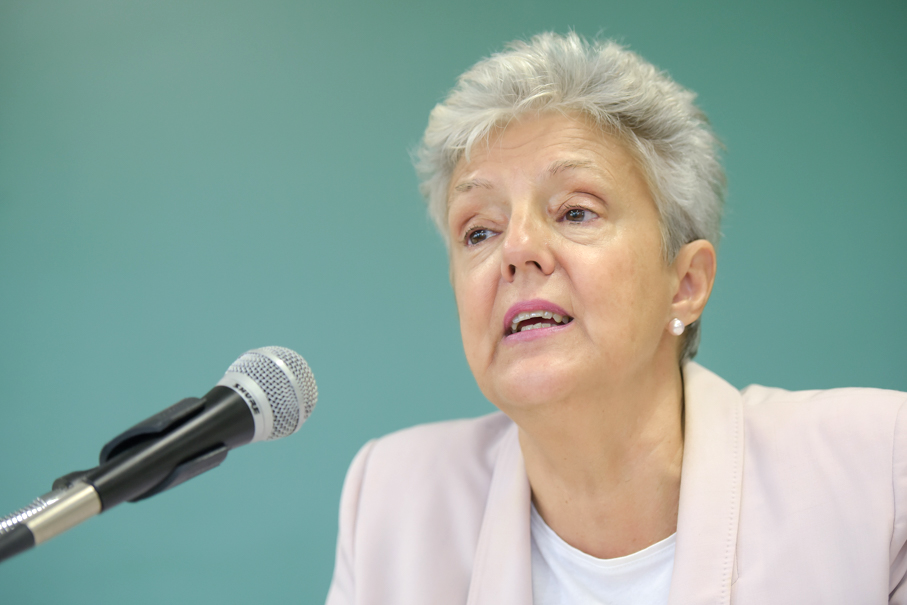 Spanish writer, professor and literary critic Anna Caballé Masforrol, from the University of Barcelona, delivered the opening lecture of the following events: the 31st Brazilian Seminar of Literary Criticism, the 30th Literary Criticism Seminar of Rio Grande do Sul and the 4th National Congress of Creative Writing. At the event, on Tuesday, Oct 23, she talked about Biography writing, feminism and women at the School of Humanities of PUCRS.

Caballé is the head of the Center for Biographic Studies of the University of Barcelona and is widely popular in this area. She discussed works and theories on the presence of women in literature. In her view, women in biographies is a recent phenomenon. Up until now, this was a male-dominated genre. “Women are so complex but for many years they were in complete silence”, said she.

As for literature and criticism, she described how women gained popularity in this genre over time. Caballé has written a number of works and she believes that women writing biographies of other women strengthens the presence of women in literature, under different interpretations and analyses.

Lastly, Anna claimed that biographies of women should not be reduced to gender studies. She believes it is important to continue discussing feminism so that both sexes be described in literature evenly.

She teaches Spanish and Latin-American Literature at the University of Barcelona. She is a biography expert, both as a theoretician and a biography writer. She has written innumerable materials, including a brief history of misogyny and the four-piece anthology La vida escrita por mujeres and the biographies of Francisco Umbral, Carlos Castilla do Pinheiro and the recently published biography of writer Concepción Arenal. At PUCRS, Anna Caballé presented seminars and also taught the course Escribir una biografia: teoría y práctica, until Oct 25.

The theme Travessias Literárias: Tempos e Espaços em Diálogo (Literary Paths: Times and Spaces in Dialog), will serve as a motif for the 150th anniversary of the Sociedade Partenon Literário and will bring together Brazilian and international students, professors and researchers in the areas of Literary Criticism, Brazilian Literature, Linguistics, Literary Theory and related areas, such as Cinema, Arts, Music and Drama. The program features workshops, round tables and lectures on topics such as women’s history, creative writing of poems, authorship and literary criticism today. Additionally, the e-book Revista Partenon Literário, edited by Edipucrs is to be released.