Study attests benefits of games as exercise for cystic fibrosis 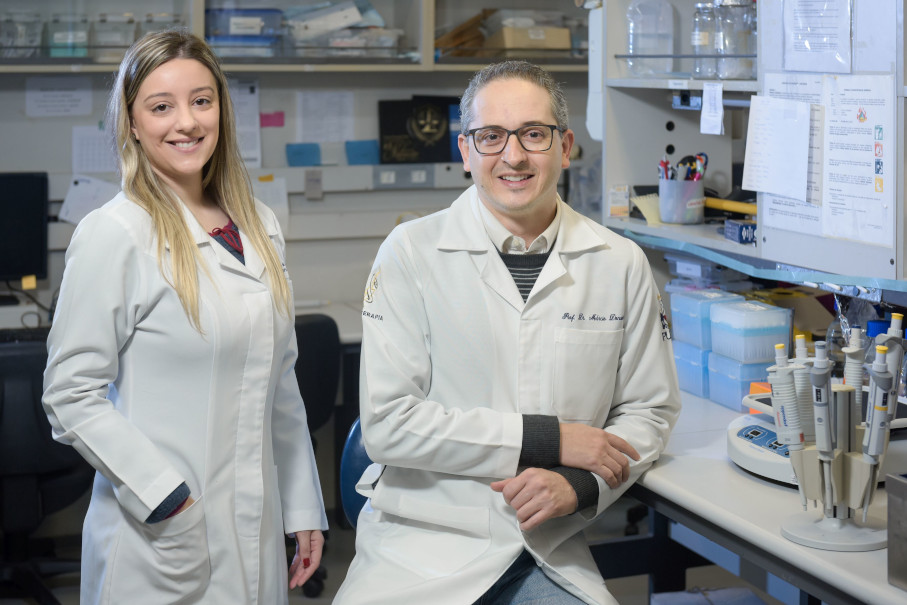 Dancing, jumping or running in front of the TV with an interactive video game is a fun and scientifically effective therapy for cystic fibrosis patients. This is the result of a graduate-level research that was developed in the Master’s in Pediatrics and Child Health of PUCRS. An article on the work carried out at the Children’s Center’s Pediatric Physical Activity Laboratory, has been published. The laboratory is a reference in investigations and multidisciplinary care for respiratory diseases in children. Based at São Lucas Hospital (HSL), it is home to researchers and students dedicated to finding innovative solutions and therapies.

Cystic fibrosis is a genetic disease for which there is no known cure. It is widely studied by experts in an effort to find alternatives to ensure longevity for patients – life expectancy depends on different factors, including each person’s mutations. It is diagnosed with the neonatal heel prick.

A unanimous recommendation by national and international study groups on the disease is to do physical exercise every day. Because of that, physiotherapist Natália Campos, 29, under the supervision of Professor Márcio Donadio, from the School of Medicine‘ Graduate Program in Pediatrics and Child Health, decided to study how Nintendo Wii and Xbox games could help patients who receive treatment at HSL’s Cystic Fibrosis Center.

“I work at the cystic fibrosis outpatient clinic. I am aware of the history of these people and the therapies they have to go through to lead a healthy life. Once we noticed that not many patients did any physical activity, we thought of alternatives to get them to do it. As we know from the scientific literature that the treatment of other diseases can be enhanced with use of video games, the idea was to bring these benefits to our patients”, she adds. This innovative and successful initiative was awarded as the best paper at the 7th Brazilian Congress of Cystic Fibrosis, in 2019.

Researcher Márcio Donadio claims that innovation helps patients overcome motivational barriers to sports. The main challenge was to know how to stimulate exercise in a pleasant way. 30 patients who use the services at the Cystic Fibrosis Lab were selected. On top of that, 25 healthy children were invited between 2017 and 2018. They all did the standard cardiopulmonary exercise test, in which gases expelled through a tube as they use the treadmill are analyzed.

In the following visit, they played Wii Fit Plus and Xbox Just Dance, and had to move their bodies. By comparing the official parameters and the games showed that the cardiorespiratory need was met and is equivalent to a physical exercise.

“Most of the games ranked as an exercise of moderate intensity, but patients must be very careful in selecting the games to ensure the necessary movement”, Donadio explains.

The Cystic Fibrosis Outpatient Clinic is located on the second floor of the HSL. Patients are referred to it by pediatricians and cystic fibrosis specialists from all over Brazil.

Satisfaction of patients and families

Business administrator Carla Scotto is the mother of Isabella Dattri, 13. When her daughter took the Nonatal Heel Prick at birth in 2006, her parents learned about the disease. “We had a startled reaction because there was no one in the family had the disease. We looked for information on how to treat it”, she says. Until the age of five, efforts were made to reduce health risks. That was when Isabella begin to attended school. Her treatment involves nebulization and the administration of pancreatic enzymes since the first months of life, because the digestive system is also affected. When she was still a baby girl, she began to have swimming practice and gymnastics. “Her growth curve development, weight and height are well”, Carla says.

Isabella goes to the Cystic Fibrosis Outpatient Station twice a year and consults with a gastroenterologist, a pulmonologist, a nutritionist and a physiotherapist. This year, parents learned about therapy using interactive games. “In consultations, we always ask if there is anything new for the treatment. Then they introduced us to the games. For us it will be great”, the mother celebrates. The family has an Xbox, but Isabella did not use it. Now she is playing and she is enjoying it, especially Just Dance and Free Run. Carla is grateful for the care of the Outpatient Station. “We have known Dr. Márcio for many years, and Natália comes here often.”

Júlia Petzinger, 18, is a Design student in Taquara (RS) and has been undergoing treatment for eight years at São Lucas Hospital. Until 17, she had the support of the Pediatric Pulmonary team and now receives attention from other professionals in the same group. She adds that before interactive games therapy, she would only go for walks around the block. Lately, she has been going for jogs as well and alternates them with walks of up to 30 minutes. She strengthens her muscles at the gym, in the company of the aunt and grandmother.

“I used Wii at home for fun. Now I like it even more. I found this innovation very interesting, because we can do something new. It’s very cool. My mother supported the team and even bought new games”, the college girl says. She added Just Dance and Sports games to her console. About the new treatment, she is grateful for the multiprofessional team. “I have to thank the doctor and hope they can go on with the idea so that more people follow this practice,” she says.