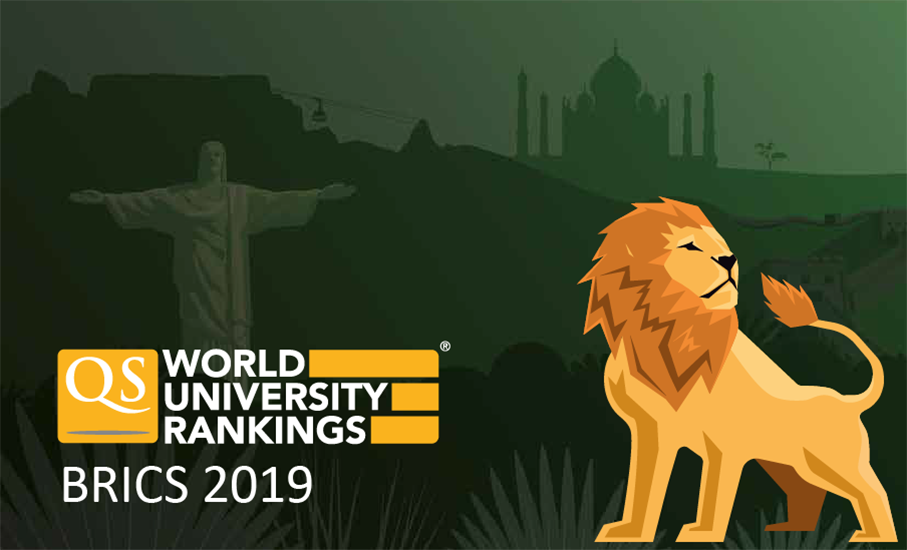 Quacquarelli Symonds (QS), a British company specialized in higher education, has published the most recent edition of QS BRICS University Rankings 2019, a ranking of universities of the countries that form BRICS – Brazil, Russia, India, China and South Africa. The QS ranking features PUCRS as the best private institution in the south of Brazil and the third in the country, right behind PUC-Rio and PUC-SP. PUCRS climbed 13 spots in relation to the previous edition. The University fared well in the number of staff with a PhD, citations per paper and employer reputation. This year, as many as 400 higher education institutions from the five countries were evaluated.

QS used eight indicators to compile the 2019 ranking. Each one of them had different weights on the university’s final grade: academic reputation (30%), employer reputation (20%), faculty / student ratio (20%), staff with a PhD (10%), papers per faculty (10%), citations per paper  (5%), international faculty (2.5%) and international students (2.5%). Find out more about the methodology.

In the QS world ranking, published in June this year, PUCRS fared well too and featured as the only private institution in the south of Brazil in a list of 1,000 universities The British company’s list is considered one of the most popular university rankings all over the world.