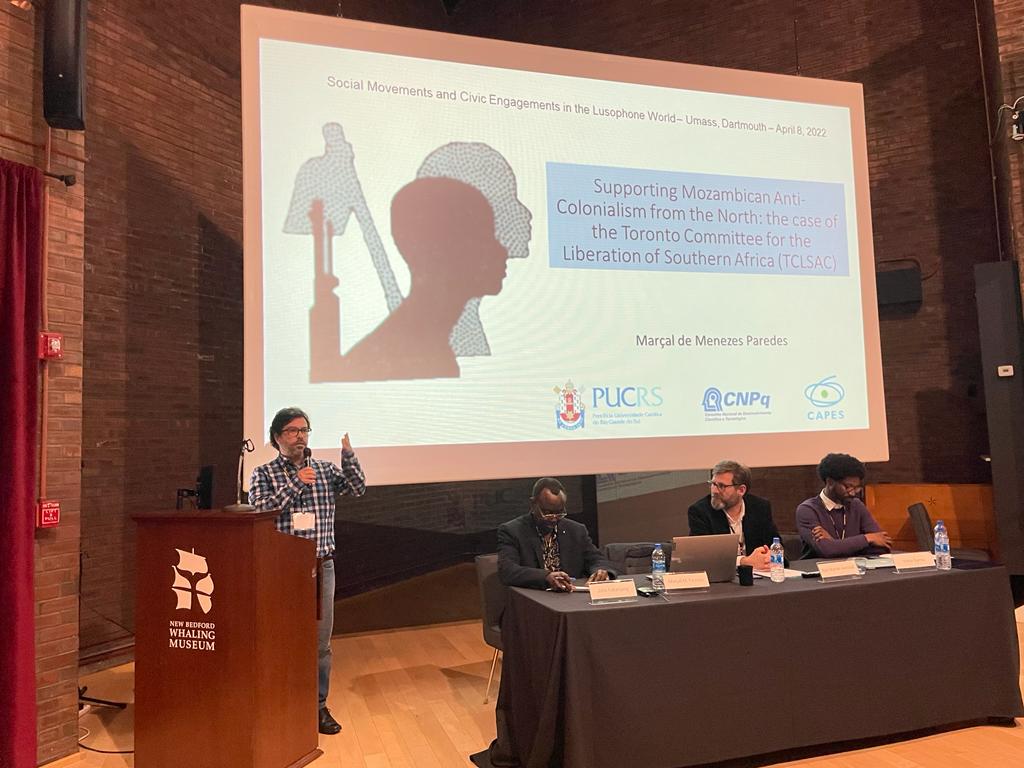 In recent years, PUCRS has stood out internationally for its scientific contributions on the history of Portuguese-speaking African and Asian countries. Countries such as Angola, Mozambique, São Tomé and Príncipe, Cape Verde, Guinea-Bissau, East Timor, Goa and Macau are being studied in international relations and Anthropology. Marçal Paredes, professor and researcher at School of Humanities, studies a Canadian committee that supported the independence of Mozambique and Angola.

On the Capes-PrInt grant, Paredes pioneered an approach to the history of the Toronto Committee for the Liberation of Southern Africa (TCLSAC), created in 1972 by Canadian activists and intellectuals to support the independence of Portuguese colonies in Africa. With his work, the professor was recognized and invited to present his study at the international colloquium Social Movements and Civic Engagement in the Lusophone World, at the University of Massachusetts at Dartmouth, United States.

The opportunity allowed the researcher to connect with the Center for Portuguese Studies and Culture at the University of Massachusetts in Dartmouth, which promoted the event and is an important international multidisciplinary center for studies and dissemination of the language, literature and culture of the Portuguese-speaking world. “It is, therefore, another step forward in consolidating an extensive and high-quality global network. This shows the importance of the research that is developed at PUCRS”, Paredes adds.

History of freedom of Angola and Mozambique

Researcher Marçal Paredes dedicates his scientific work to different projects in politics and nation-building in Portuguese-speaking countries in Africa. His internationally recognized career has contributed to several studies on the struggle for freedom in Angola and Mozambique, during the 1960s and 1970s, as well as during their Civil Wars after independence.

During his term as a visiting professor at York University in Toronto, Canada, he developed research on the history of the Toronto Committee for the Liberation of Southern Africa (TCLSAC). Paredes had access to interviews, books and important collections of documents and publications, which paved the way for the development of new studies on the transnational associativism of the years 1960-1970 that extended until the release of Nelson Mandela, in South Africa in 1990.

With this work, the School of Humanities professor incorporated new interpretations of the Cold War, with a focus on “Third World” countries and decolonization in Africa and Asia, a factor that has consequences on the interpretation of the relationship of the Soviet Union and China in this scenario. Recently, Paredes has presented these new aspects of the Canadian committee in a series of seminars organized by the University of Strachclyde, Scotland.

Studies in the USA 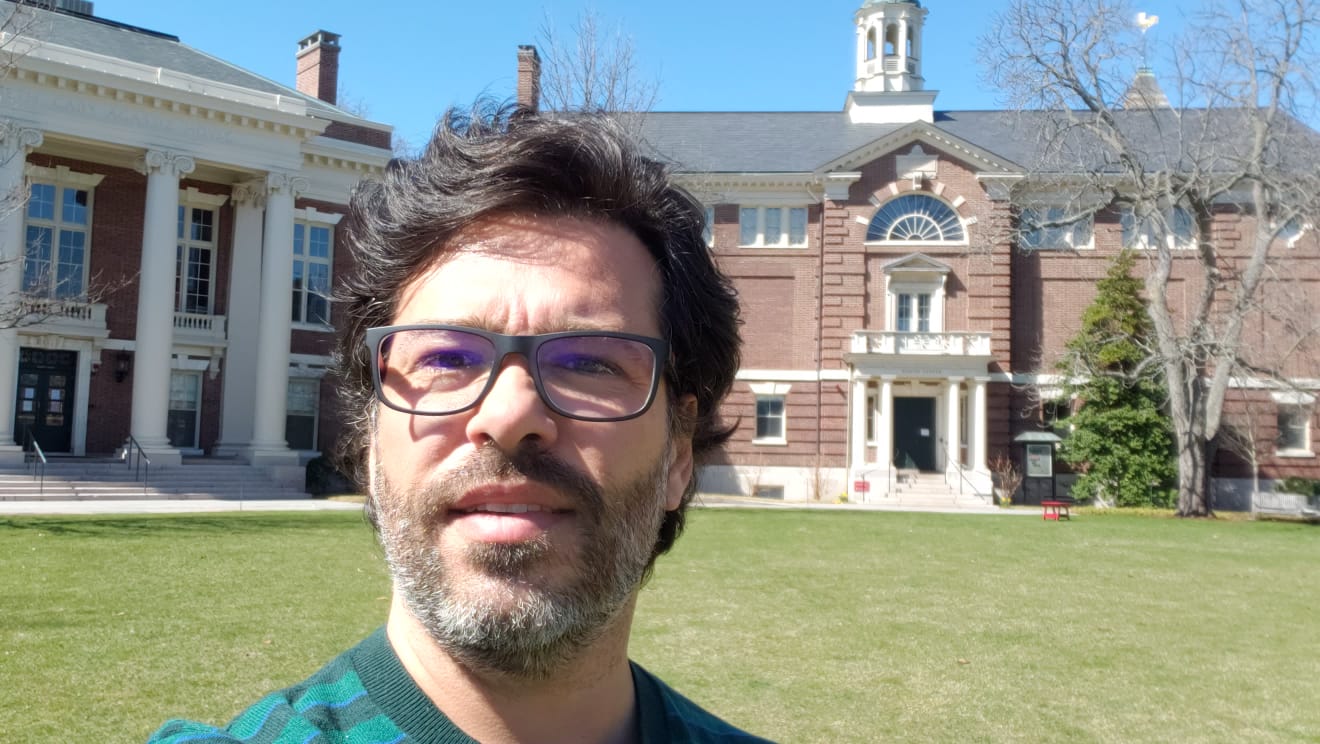 In the United States, Paredes visited the Schlessinger Library at Harvard University, where he accessed the collection of Angela Davis, a feminist activist who was in contact with these committees for the independence of Angola, Guinea-Bissau and Mozambique. He then approached a new perspective that points to the articulation of African feminist movements with the activism for equality and Civil Rights in the USA. These aspects of political articulation and social activism are being studied by PhD student Julia Rocha.

According to Paredes, these studies are relevant for a deeper understanding of the events that occurred from 1960-1970. They also present different interpretations of the dynamics of the Cold War and contemporary events in the international scenario.

“This increases the perception of transnational activism, its importance and its ramifications in different countries, thus bringing together the Global North to the Global South in the defense of Human Rights, Democracy, Equal Rights and Freedom of Choice and Expression” the researcher concludes. 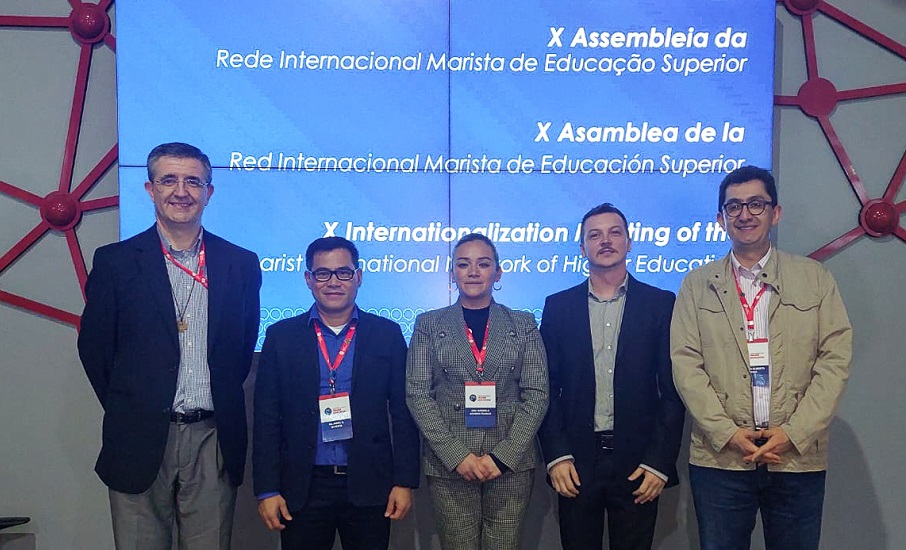