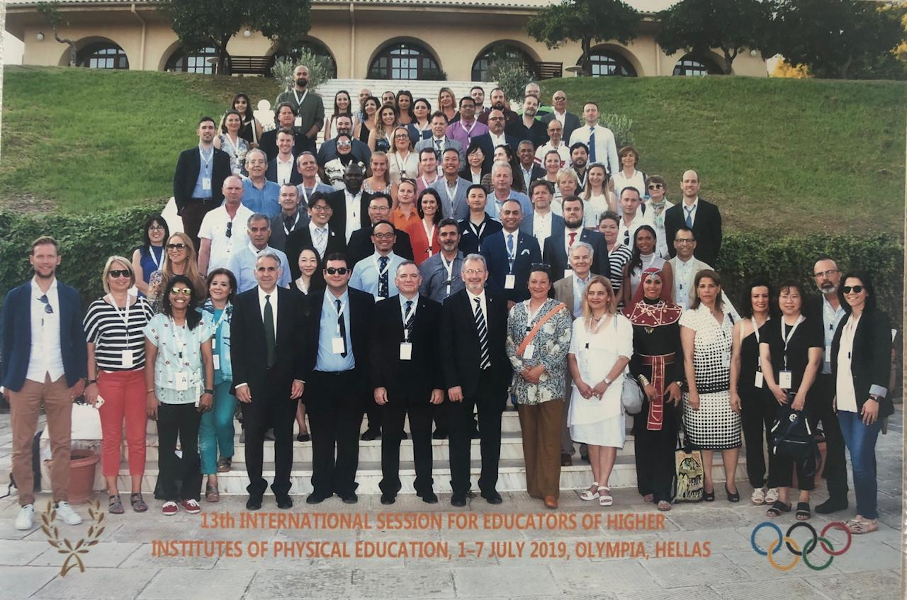 Physical Education professor  Dr Fernanda Faggiani, attended the 13th International Session for Physical Education Professionals in Higher Education Institutions. The event was attended by 60 participants, but 7 special guests and 8 guest speakers from all over the world were also invited. It took place from Jul 2 – 5, at the International Olympic Academy, in Olympia, Greece.

The professor of PUCRS presented the paper Translating Olympic Ideals into Academic Activities at the University: A Lesson for Inclusion and Peace. Faggiani talked about the actions that get students and faculty to embody the Olympic Spirit and which are in course in the Physical Education program of PUCRS.

The theme of this year’s edition was Olympic Truce as an Education Tool for Peace. Participants and guests attended lectures, joined roundtables and visited the archaeological site and the museum of the ancient Greek city that originated the Olympic Games.