PUCRS and the game scenario: specialization, certification and award-winning studios 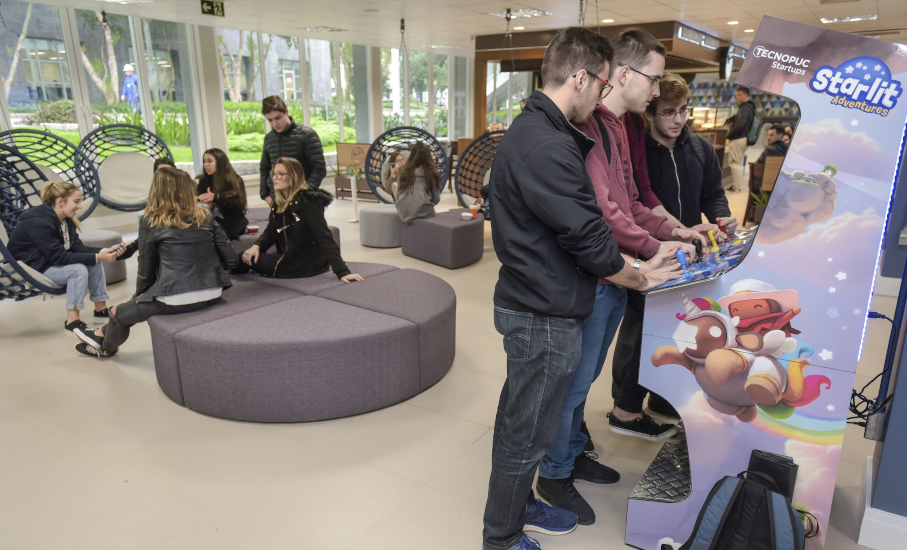 An environment that advances entrepreneurship and innovation, relying on the experience and know-how of academic and market professionals, can be the cradle of very successful startups, such as games studios Aquiris and Rockhead, which are among the best in Brazil, having won international awards. Both enjoyed the full potential of this ecosystem offered by PUCRS, being headquartered at the Science and Technology Park (Tecnopuc). The companies evolved from initiatives of former graduates and have an important role to play in the development of the Certificate Program in Digital Game Development, which is celebrating its 10th anniversary.

The program was conceived at a time when Ubisoft, one of the largest gaming companies in the world, came to Tecnopuc and signaled the shortage of skilled workers in the market. The idea was to design a program to complement the training of former Computer Science and Social Communication students. What is unique about it is the synergy with the industry, both in view of the participation of skilled professionals and faculty, and of the understanding that the program has to meet the needs of people in two distinct but complementary areas: programming and arts. Many alumni set up their own business and the most popular game, whose initial prototype was developed in the first edition of the program, was Toren, from Rio Grande do Sul-based company, Swordtales. The game has won several awards and won big at the Independent Games Festival.

The gaming market in the world is getting bigger and bigger every year and is stronger than the film industry. The 2nd Brazilian Census of the Brazilian Digital Games Industry, published in 2018, showed that Brazil is now the 13th largest game market in the world, with a revenue of US $ 1.5 billion in the year. In an effort to meet this market demand, PUCRS offers a Certificate Program in Games and Digital Entertainment. The syllabus includes courses on Computer Science and Creative Writing, which address technical topics such as game programming and interactive applications in general, to more theoretical aspects such as narrative and design. Upon completion of the program, students will be prepared to work in companies that develop games or interactive apps such as virtual and augmented reality, graphic simulations and others, with a primary focus on development.

The creators of Rockhead enjoyed the environment of the university as a whole, as they relied on the support of the professionals of the Technology Park. They were committed to boosting the headquartered companies, and making contact with entrepreneurs in the other startups. In 2015, and after two years of development, they launched Starlit Adventures, which has crossed the mark of 10 million downloads onto cell phones from all over the world and 1 million downloads on Playstation 4. They have won awards for best games in Brazil and China and are often nominated in festivals. In June, the company set up two arcades at PUCRS’ Living 360°. The focus now is on Starlit On Wheels, released six months ago and nominated for three categories at one of the biggest awards in Latin America, the BIG Festival. 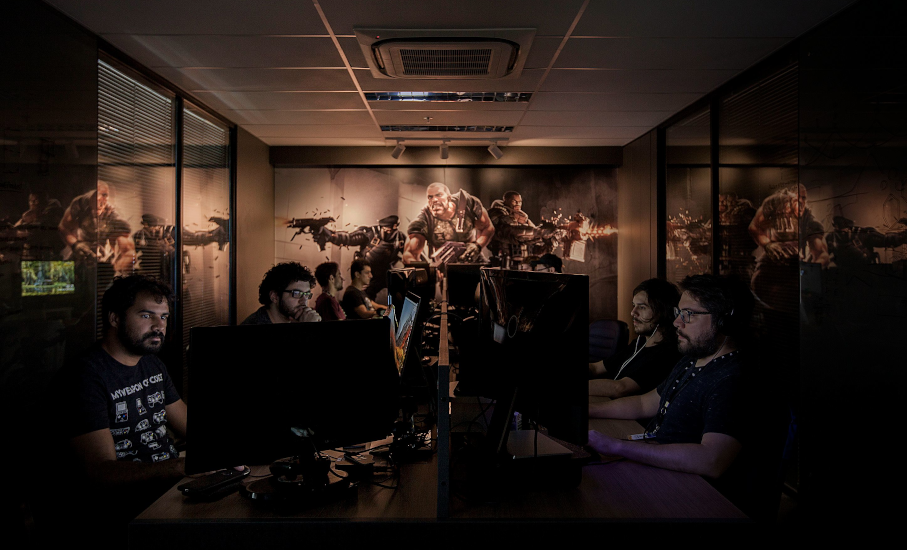 Aquiris Game Studio is one of the leading game developers in the country.

Aquiris Game Studio is one of the leading game developers in the country. In addition to the release of 40 games and more than 20 national and international awards, the company is firmly committed to 3D architecture projects. They had the perfect timing to identify the growth potential of the game market and the ability to exploit the opportunities of Tecnopuc and its ecosystem of entrepreneurship and innovation. In 2015, he launched Horizon Chase, which won the App Store Award for Best Independent Game and ranked 6th in the list of the Best of the Year. With Ballistic, designed for the Steam, it got into the smartphone universe and got more than 150,000 active players per day. The game LooneyTunes: World of Mayhem, developed for mobile phones, reached 1 million downloads in less than 24 hours.