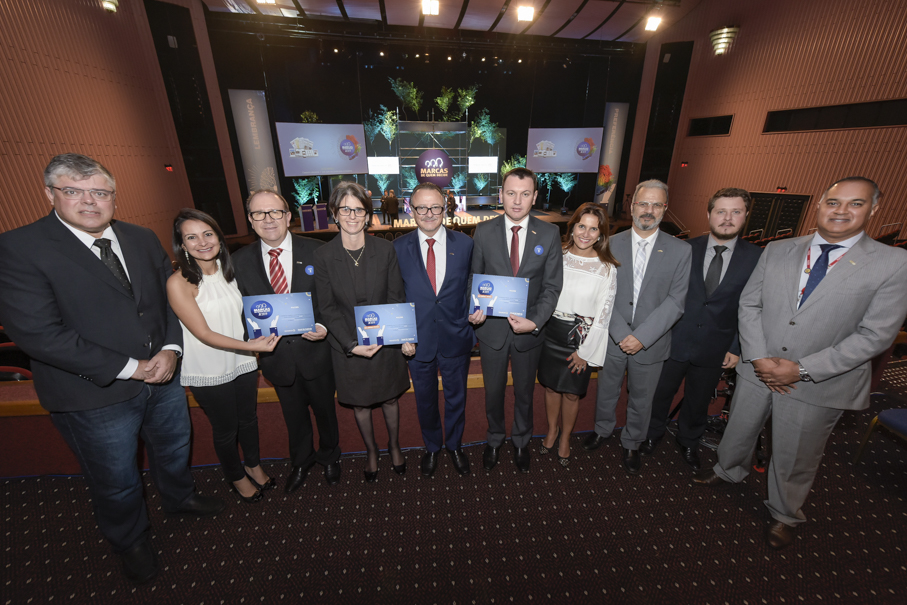 In the 21st edition of Marcas de Quem Decide award, PUCRS, the Marist Schools and the São Lucas Hospital (HSL) were some of the biggest winners in several categories. The event occurred in the morning of Tuesday, Mar 12, at Teatro do Sesi, and featured the president, Br. Dr Evilázio Teixeira; the Senior Vice President, Dr Jaderson Costa da Costa, and members of the Offices of the Vice Presidents in Porto Alegre. The ceremony is promoted by Jornal do Comércio and by Instituto Qualidata.

The survey considers businesses’, managers’ and top executives’ preferences. This year’s edition looked at real market innovations and their impact on life and businesses and areas such as management, career, industry, services, technology, and sustainability, among others.

Respondents were asked about the most popular brands in 72 areas. They were also asked about their favorites. Six new categories were included this year, including Online education.

In Private High School, the Marist Schools stayed atop. They took the #1 and #2 positions in the critics’ favorites. On top of that, the HSL did a great job and is one of the top 10 hospitals in the category Hospital.

Marcas de Quem Decide is a descriptive and statistical study that presents a representative sample of the surveyed audience. It looks at the economic distribution in seven regions of the entire state of Rio Grande do Sul. All cities with a share of 0.5% – or higher – of the local GDP have been surveyed.