Professor communicates Brazilian history and habits with indigenous through videos 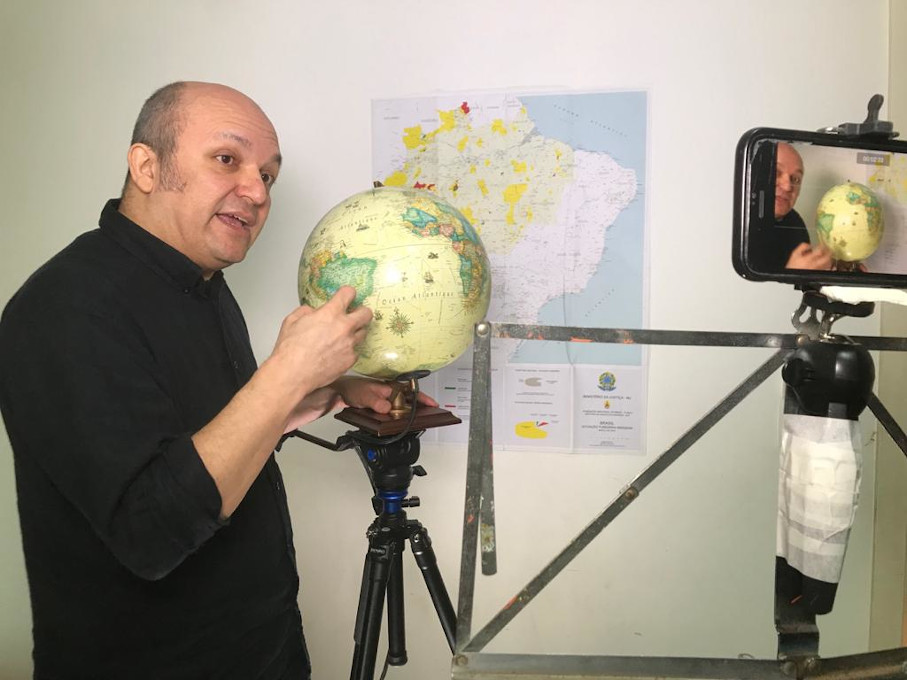 Prof. Dr. Hermílio Santos, Social Sciences professor at School of Humanities and coordinator of  PUCRS’ Social and Economic Analysis Center (Caes), uses the Portuguese language, as simple as it can be, to record WhatApp videos for indigenous people from Kayapó villages, located in the south of Pará. In these recordings, he discusses the Portuguese settlement in Brazil. In these exchanges of messages, indigenous people (known as Mebengôkre) also ask questions about current issues, such as, for instance, the types of crops that are grown in the country.

To illustrate what is being communicated, the Santos uses a map of the  Fundação Nacional do Índio (Funai), which highlights, in yellow, indigenous lands throughout Brazil. On his Instagram account, the PUCRS professor published a testimonial of a Kayapó chief. In it, he talks about the village (the place was recently reoccupied). Among a variety of topics, he discusses the shortage of food and deforestation. As for the creation of a school, the chief makes a cry for help: “Now, we have education, helps us if you can”. The University professor goes on to say that: “I am taking action to improve their study conditions, as they need computers, projectors, school supplies and toys”.

Dr. Hermílio dos Santos is also in contact with other ethnic groups in the Xingu and other regions. “I have contacted with the Bororo, who are in the north of Mato Grosso, to send me images and testimonials. We are going to go on with this project until the end of the year”, he adds.

With the participation of several indigenous tribes, a 15-minute video will be produced for the IV Sociology Forum of International Sociological Association – ISA, which will be held online in the beginning of 2021. These recordings will be subtitled in English and Portuguese, since all indigenous people spoke in their own languages.

The University professor serves as chairman of the forum’s Local Organizing Committee. The initiative is organized by ISA, Sociedade Brasileira de Sociologia (SBS) and PUCRS, where the event will occur.