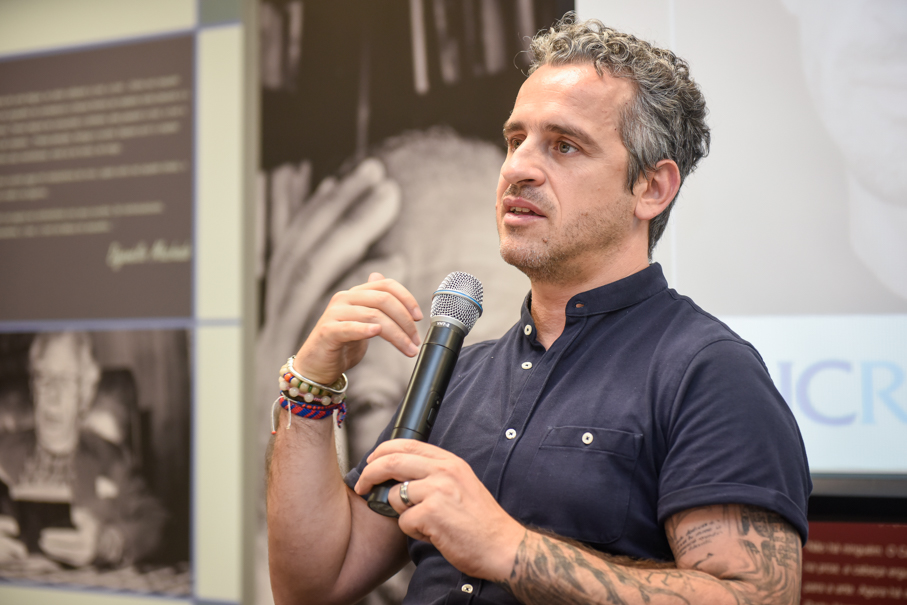 The creation process, his life as a writer and the topics that instigate Peixoto to write, such as contemporary traumas, were among the topics of discussion that involved professors, students and the audience. Peixoto talked about the different art perspective. He discussed drama, short stories, poetry and novels under the contemporary look of the Portuguese literature. “He also discussed memory and intimacy issues in literary production based on Morreste-me, as he reports the death of his father”, says the director of the Institute of Culture and CEO of Delfos, Professor Ricardo Barberena.

Dr Berberena went on to stress how important the opportunity to talk to Peixtoto was for undergraduate and graduate Creative Writing students. “It was very good for students to talk to such a renowned Portuguese writer as he was able to show the differences between the Brazilian and Portuguese literatures and the language peculiarities of both countries”, said he.

Holding a degree in Modern Languages and Literatures – English and German from the School of Social Sciences and Humanities  of the Universidade Nova de Lisboa, Peixoto was the youngest winner of the Prêmio Literário José Saramago, at the age of 27. His books have been translated into 26 different languages. The novel Uma Casa na Escuridão has been included in the European edition of the 1001 Books you must read before you die. If you want to find out about his bibliography, please go to www.joseluispeixoto.net.