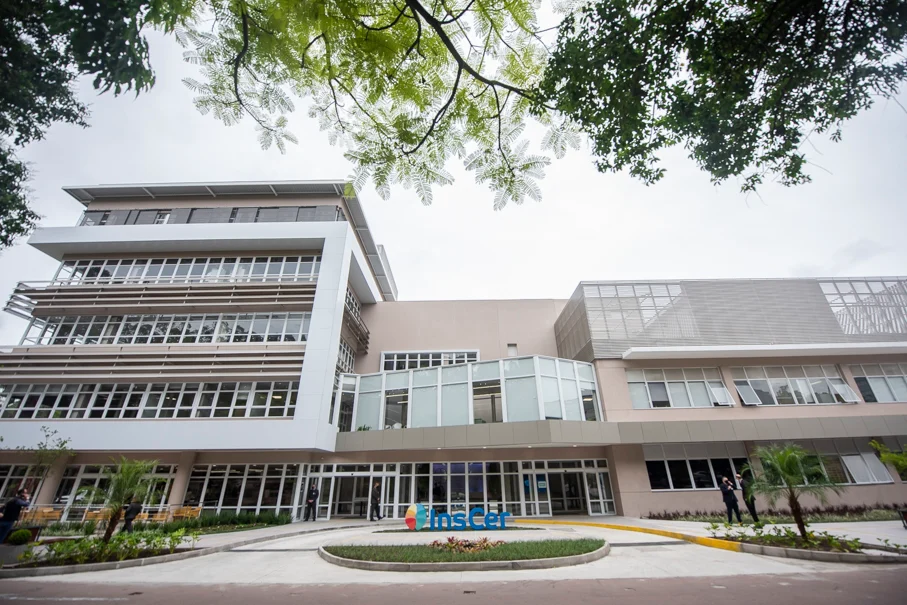 “That’s an overwhelming emotion!”. These were the first words – words that express feelings, that only the brain is capable of expressing -, that were uttered in the speech of the Senior Vice President of PUCRS and Director of the Brain Institute of Rio Grande do Sul (BraIns), Dr. Jaderson Costa da Costa, during the ceremony that opened the newly expanded BraIns. The event, which was attended by representatives from various fields, occurred in the new auditorium of BraIns in the morning of Monday, Nov 9, the date that PUCRS celebrates 72 years of history.

Costa da Costa recalled that BraIns was created in 2012, after researchers conducted a thorough analysis of epidemiological data which indicated an increase in life expectancy. However, these data also showed a growth in the number of degenerative neurological, cerebrovascular and oncological diseases. “The population is aging and both the burden and the demand for health care are increasing. We are also facing emerging infectious diseases. We are trying hard to provide universal access to quality health care”, he stressed.

The director of the Institute reinforced that BraIns is not merely a physical structure, but a facility that has been built by reasonable, affective and benevolent people. “The Institute seeks to have a translational approach, aiming to connect pre-clinical and clinical research and their application, for patient care, based on interdisciplinary perspectives. On knowledge. On action. On research and innovation, thus generating knowledge and product. We need to envision a prosperous, sustainable and healthy future in which people can live longer”, he stressed.

The President of PUCRS, Br. Evilázio Teixeira, recalled the celebration of the University’s 70th anniversary, in 2018. In the event, a number of major projects and deliveries to be made in the years to come were announced to society. “Well, here we are for the opening of the newly expanded and remodeled BraIns. We will be designing the future with concrete and effective projects anchored in the present. We will be making the place where we live a better place as we will be engaging in assistance, prevention, diagnosis, treatment and cutting-edge health research, with the integrality of human beings as an essential component in this work”, he highlighted.

As the Institute has been expanded, the President announced that Dr. Jaderson Costa da Costa will be working full-time as the director of BraIns, starting from 2021. “I would like to express my admiration and say ‘thank you’ for being by my side in these intense and gratifying four years. I am counting on you, with the support of the President’s Office, to fully implement the Health Campus in the next four years ”, he emphasized.

Despite making his presence felt remotely at the ceremony, the Minister of Education, Milton Ribeiro, mentioned that by being in the position he is today, he is taken by surprise by such very happy moments, as he can get to know entities, organizations and people who make a difference. “We are living in a turbulent year, a moment to join forces towards a solution for the pandemic. Never has research been in such an assertive position”, he declared. As he was expressing his admiration for the new facilities, the minister shared some of his wishes: “I still want to visit BraIns’ and Tecnopuc’s facilities in person”.

The Secretary of Science and Technology, Luis Lamb, represented the Governor of the State of Rio Grande do Sul, and highlighted that this opening was a major achievement, the result of a visionary, bold and innovative management. “The Institute represents a large body of research devoted to understanding the human brain. These researchers work for the benefit of society. We have to invest and prioritize the understanding the human mind”, he stressed.

The Municipal Government of Porto Alegre was represented by the Municipal Secretary of Health, Pablo Stürmer, who stressed that the pandemic was challenging for public organizations, but he is comforted and empowered by the excellent services such as those provided by BraIns. “We are so proud to have such a facility in our city. We need to pay special attention to the most vulnerable people and we know how to do that at the Institute”, he added.

The celebration and the blessing

According to the President of Marist Network, Br. Inacio Etges, even in this delicate moment we are going through, the opening is a reason to celebrate. “It is amazing how it is in line with the words and speeches by Pope Francis when he says that it is necessary to talk, to be fully aware of reality and develop a culture of care. I believe that this is the purpose of BraIns, in fact. It is a unique initiative, part of the PUCRS’ Health Campus, which serves to expand neuroscience studies and the production of radiopharmaceuticals”, he emphasized.

At the end of the ceremony, the Chancellor of PUCRS and Metropolitan Archbishop, Bishop Jaime Spengler, gave his blessings to BraIns. “The dignity of work in favor of human life and health developed by the Institute is indisputable. The determination and integrity that we find in it reinforce the need to always bear in mind the essence and destination of human beings”, he said.

The way the archbishop sees it, in complex challenging times, such as the pandemic, it is necessary to have human sensitivity, reciprocity, wisdom and discernment. “May God help us never forget what we were called to develop during the pandemic: the care for other people. Care for ourselves, for one another and from other people towards us” he concluded.

Check out the gallery: 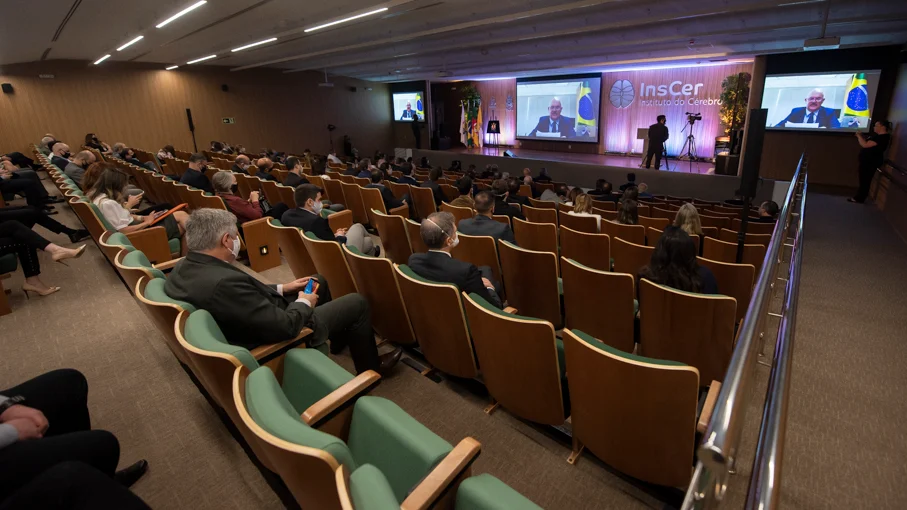 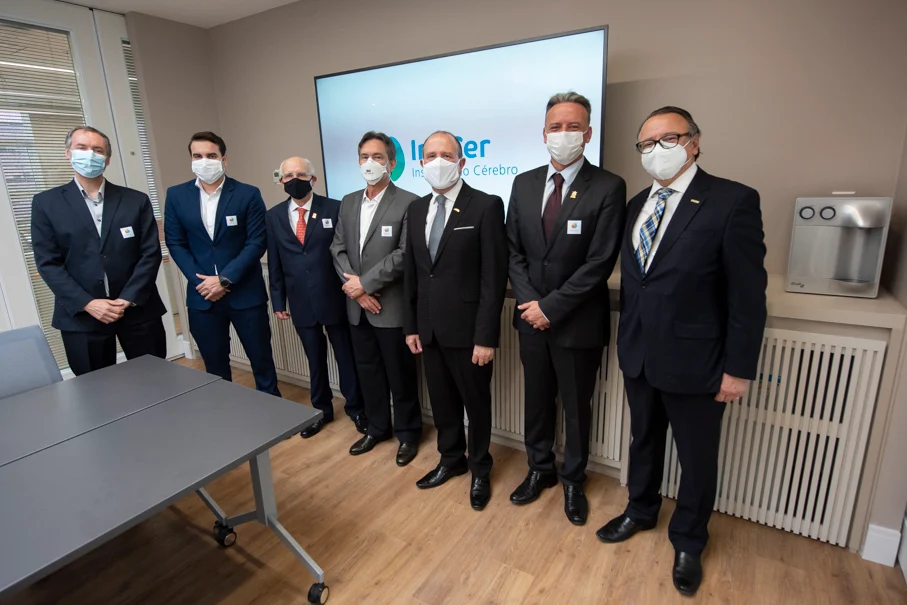 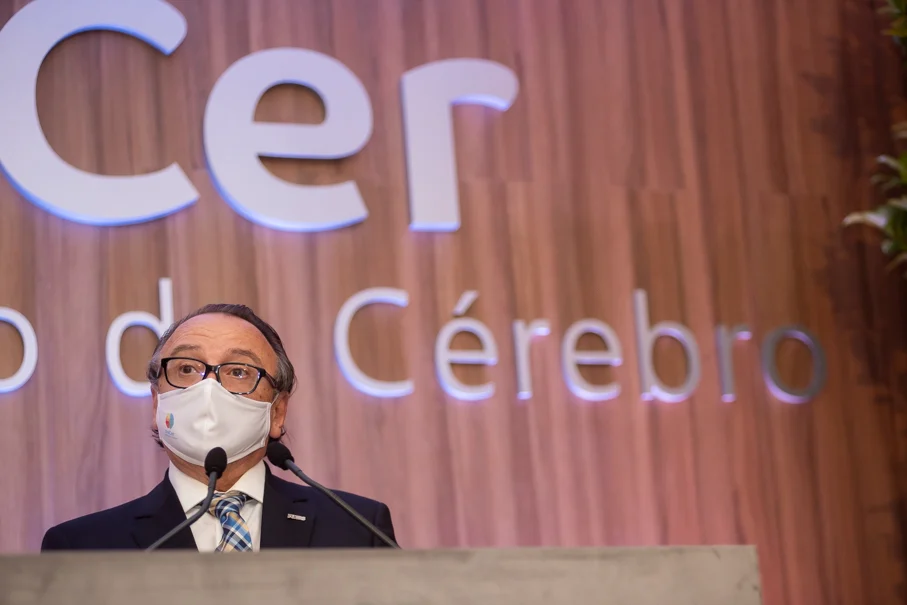 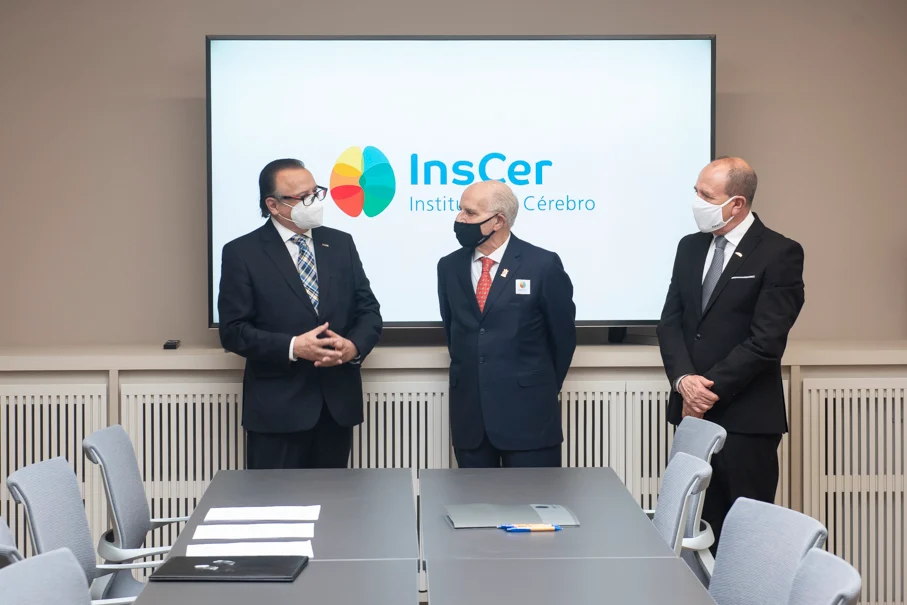 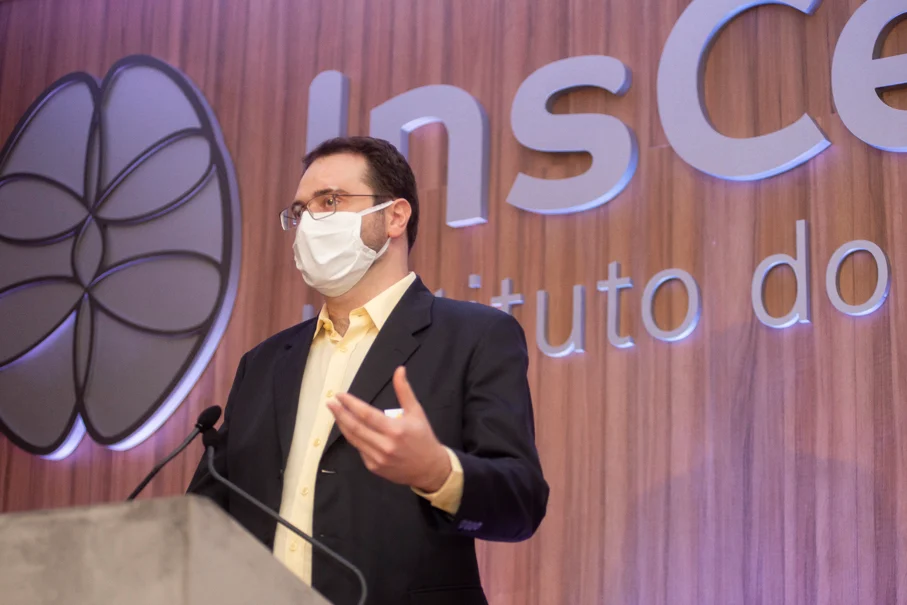