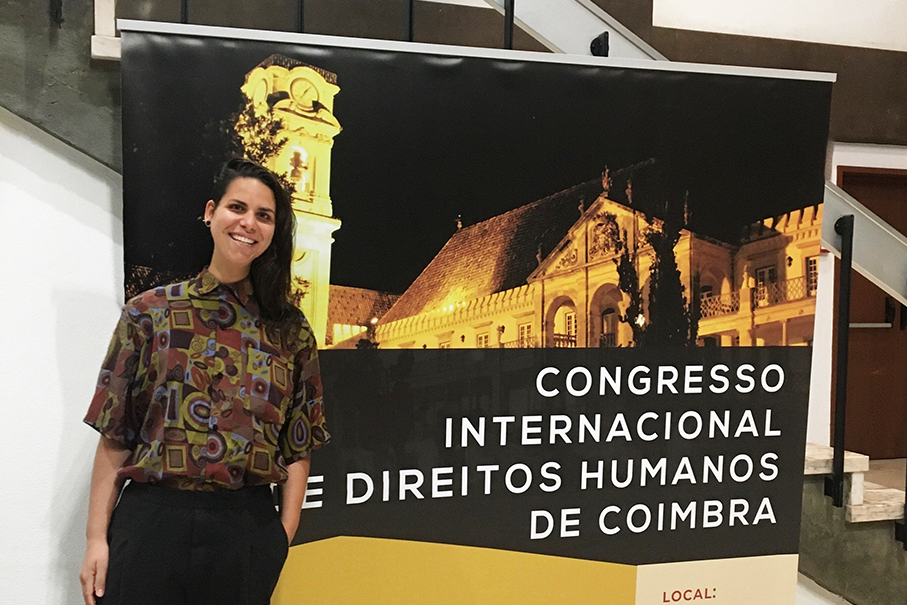 Law School student Juliana Roman attended the IV International Human Rights Congress of Coimbra (IV CIDH), from Oct 16 – 18, at the Universidade de Coimbra, Portugal. The undergraduate major presented the paper entitled Digital Government, GovTechs and Impacts on Brazilian Citizens. In the study, Juliana looks at digital governance, the concept of GovTechs and the impacts generated on Brazilian citizens from the use of Information and Communication Technologies (ICTs) in services offered by the government and in the conduction of public policies.

“This investigation looks at the concept of digital governance, the role of ICTs and the numerous changes that have been brought about in both public and private institutions since the advent of the Internet. My presentation was delivered in support of the symposium Media, Politics, Technology and Human Rights,”Juliana says.

In her first international congress, she had the chance to make contacts with researchers from different parts of the world, and learn about several interdisciplinary actions. The Coordinator of the Graduate Program in Law, Dr Ingo Wolfgang Sarlet joined the opening session in Portugal.