Indigenous tribes and villages against coronavirus 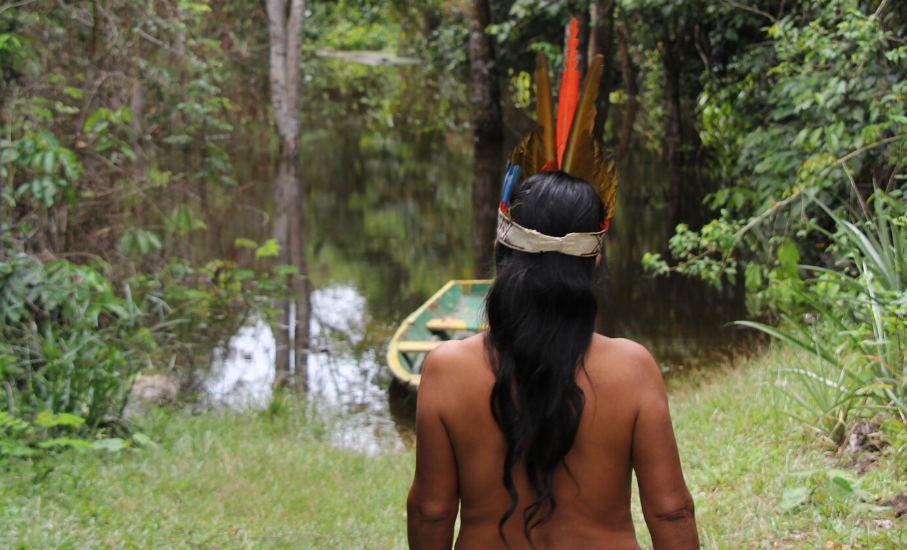 Brazil is the country with the largest number of native peoples infected with the new coronavirus, according to the Office for Indigenous Health (Sesai). Even with the official agencies’ control measures, health professionals are faced with several challenges concerning COVID-19. The disease is a reason for concern for both the indigenous population living in remote areas, and the groups living close to urban centers who survive from selling their handicrafts, arts and fruits.

Over the past few weeks, only one thing has dominated Brazil’s main media outlets: the pandemic caused by a family of viruses that bring about serious respiratory infections and can lead to death. It has been named after its discovery date, December 2019, in China, and ended up spreading all over the world.

In 48 hours, the number of natives infected by the coronavirus increased 156%. From Apr 13 – 15, the number of cases skyrocketed from 9 to 23, according to Sesai. Three deaths have been reported among the Kokama, Tikuna and Yanomami tribes. Amazonas, the state with the largest number of patients, 95% of the total, accounted for two of them. 23 other suspected cases are awaiting lab results.

“This is new for everyone. People are being told to isolate themselves, but in Rio Grande do Sul we already have suspected cases in the tribes”, Edison Hüttner, PUCRS professor, says. Hüttner also serves as the coordinator of the Center for Studies in Afro-Brazilian and Indigenous Culture (Neabi).

The natives use the materials needed to make handicrafts, such as vines and other roots, from the woods. However, in this period, they cannot sell their art because they are more at risk of transmission. “Handicrafts are the source of income for the tribes. In this scenario, the indigenous populations are dependent on aid. In some cases, local authorities have to deliver basic supplies so that these people will not have to leave,” Hüttner says.

Sick people are sent to hospitals in the city, where they get medication. However, other historical factors may aggravate the situation. “In general, the indigenous have many respiratory problems, especially children. These are partly caused by ancient traditions – such as making fires and smoking pipes inside the house, for example,” the professor explains. 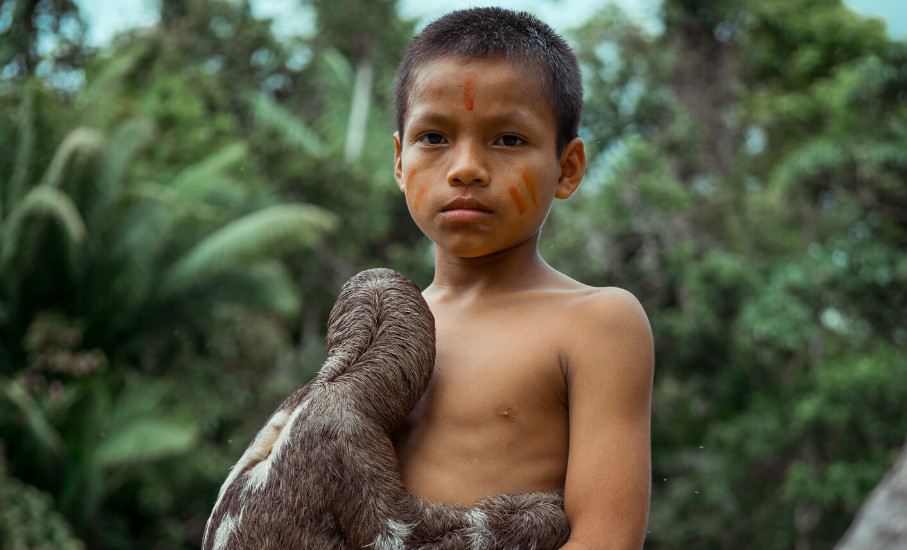 Because they have lived in isolation for a long time, practically throughout their entire existence, the indigenous are not immune to the urban people diseases. According to a report by the National Indian Foundation (Funai), published in El País, if a disease is not treated, it can exterminate 50% to 90% of a group. In the case of Covid-19, this could be intensified.

Edison Hüttner explains that, even with six health centers in Rio Grande do Sul, the services in many regions are precarious as they lack resources. On BR 116, for instance, in the cities of Guaíba, Barra do Ribeiro and Camaquã, there are 13 villages, with 749 Guarani Indians. “There are only two nurses working there. There are no doctors or dentists working at the moment”, he explains.

According to the official health agencies, the elderly population – and the indigenous population – are the main risk groups for coronavirus. Out of these aforementioned 749 indigenous individuals, 48 are between 70 and 80 years old and are at most risk in case of contagion. Hüttner points out that the average life expectancy of natives in Brazil goes from 49 to 59 years, while that of the rest of the population is 75 years, according to the Brazilian Institute of Geography and Statistics (IBGE).

In Brazil, there are a number of facilities that have been created to provide qualified health care for indigenous peoples. These facilities are available all over the country and employ different ethno–cultural approaches. There are 34 Special Indigenous Sanitary Districts (DSEIs) all over Brazil. These districts consist of basic health care facilities, health centers and indigenous health clinics. In the south of the country, the only one such district is located in Santa Catarina.

According to the Ministry of Health, the centers are the first reference for the Multidisciplinary Indigenous Health Teams (EMSI), working in the villages. They can be located in native lands (type 1), providing health activities, or in the reference municipality (type 2), as professionals run technical and administrative functions. “The natives have been served by SUS since 1999, by Act 9836. However, the ideal scenario would be for health center to be located within the communities, because they live different realities and urge different specialists. In Manaus, there is the Indigenous Health Support House, which welcomes and assists patients in the region. In the Kaingang Fág Nhin Village (Lomba do Pinheiro), in Porto Alegre, there is an Indigenous Health Unit, for example”, Hüttner adds.

The name “indigenous” is a reference to the first inhabitants of an uncolonized territory. According to Julie Dorrico, Macuxi indigenous and doctoral student in the Graduate Program in School of Humanities’ Letters Program at PUCRS, this is the most appropriate way to refer to these peoples. “The indigenous people have tried to give new meaning to the words, and the word indigenous refers to the originals, to the traditional populations that were here before the Europeans arrived. Our peoples do not see themselves as ‘tribes’. This is an urban construct. We see ourselves as nations. ‘Indian’ is a term that is often used in a derogatory way,“ he explains.

Julie is also a writer, TEDx speaker and activist for indigenous causes, and an enthusiast of the importance of ancestry. “The native population is challenged to have their views decolonized. This calls into question the very history that is considered official. This is a great social, ideological and, mainly, political confrontation, and a small representation ”, he highlights.

The author stresses the importance of the work carried out by indigenous leaders, artists and the media, who have helped to give visibility to the theme. Among them, Rádio Yande, with specialized content; activist and educator Raquel Kubeo; and Iracema Nascimento, the Kaingang kujá (shaman) and political leader.

According to the survey carried out by the last IBGE Census, there are more than 800 thousand indigenous individuals in Brazil. In Rio Grande do Sul, there are almost 33 thousand and, out of these, 23 thousand live in the villages, in 65 municipalities. According to the France Presse Agency (AFP), there are at least 107 peoples who live in isolation and are “untouched”, meaning, they have never had contact with the outside world.

Because they are far apart, in addition to being exposed to various dangers, they can also represent risks – since they usually react violently. Still, exploiters of natural resources pose an even greater danger to remote groups. “Drug trafficking is another growing threat to the lives of peoples in voluntary isolation and initial contact,” the Inter-American Commission on Human Rights (IACHR) says. 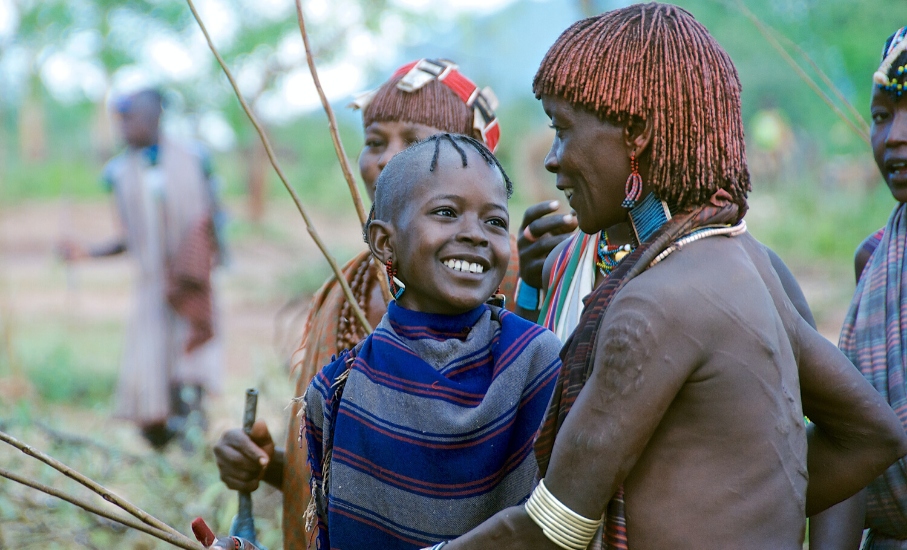 “In literature, we are faced with a major challenge in deconstructing the image of the indigenous figure: they are sometimes seen as good savages, sometimes demonized, or with different homogenized traditions. A great characteristic of the indigenous people is that they can contribute to their villages and peoples ” Julie adds. For instance, a number of indigenous people graduate in Law, Medicine and other professions to help their communities.

Dario Agustin Ferreira is a Psychology major at PUCRS. He has studied Philosophy and Theology, but at 30, one of his passions is Linguistics. Born in Paraguay, he grew up speaking Guarani and Spanish and is now the main reference for Naebi translations. “Depending on the family context, Paraguayan Guarani is very similar to what is spoken in Brazilian indigenous villages, with few variations in pronunciation,” he says.

He has lived in Buenos Aires and in the province of Santa Fé, Argentina, but has been in Brazil since 2015 and stresses the importance of knowing ancestry. “Indigenous people are autonomous people from the land, which is often marginalized. Even after the colonization period, the cultures blended. To know the indigenous culture is to know our ancestors. They bring our identity and, in an attempt to preserve the culture, they try to close their culture in themselves, living the Tekoa, Guarani way of being and living ”, he concludes.

Guardians of the land

As professionals from different areas are having their contracts suspended, natives are especially concerned about the invaders and protection. In an interview by Reuters, Nara Baré, president of the Coordination Indigenous Organizations in the Brazilian Amazon (Coiab), expressed her concerns. “We want all invaders from indigenous lands and territories to be removed immediately. This will prevent the spread of the virus: the miners, loggers, hunters, drug traffickers, land grabbers, missionaries and tourists who are vectors of transmission,” she says.

These factors cause an increase in illegal logging in the Amazon and, consequently, in indigenous lands. Based on data from the National Institute for Space Research (Inpe), the newspaper O Estado de São Paulo identified that deforested areas doubled in size from 2,649 km2 to 5,076 km2 during the quarantine period.