Hispanic literature at Frontiers of Thought 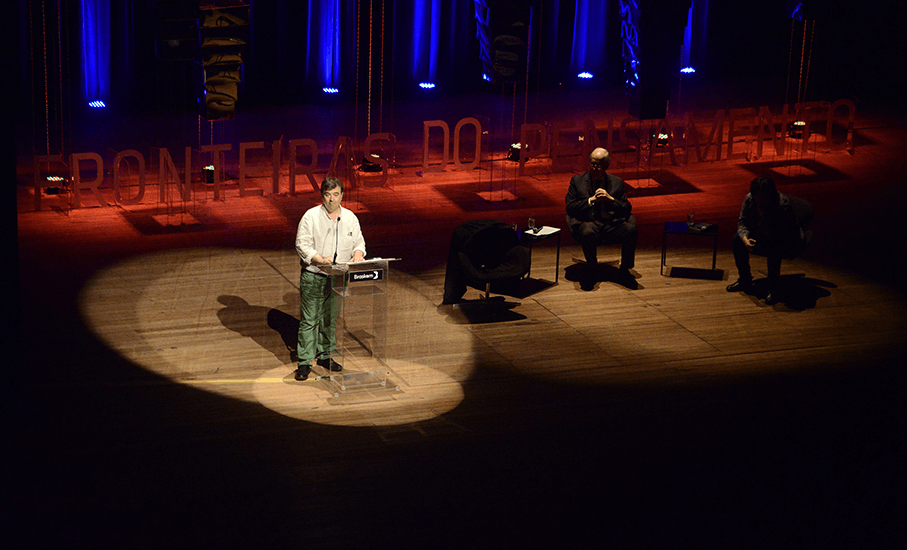 Writers Javier Cercas and Alejandro Zambra were invited for Frontiers of Thought on Oct 22. Literature, its definitions and potential, was the central topic discussed in both sessions. They also discussed their identities as writers and the need to be vocal as both come from countries that have been marked by dictatorships.

A native of Spain, Cercas, has had his work translated into more than 30 languages. He believes an ideal novel bears a permanent ambiguity and its legacy is to be “an antidote against the totalitarian and dogmatic view of the world”. The gaps in the writer’s speech invite the reader to get into a maze to explore a universe that only this kind of text can offer. “A book is a music sheet everyone will read their own way.”

Cercas mentioned three classic that have stood the test of time: The Ingenious Nobleman Sir Quixote de La Mancha, by Miguel de Cervantes, Moby Dick, by Helman Melville, and The Trial, by Franz Kafka. What these books have in common is that they ask questions whose answers are contradictory. And this makes things more complex. After all, was Dom Quixote crazy? Why is Ahab obsessed with the white whale, Moby Dick? What did Josef K. do to go to trial? 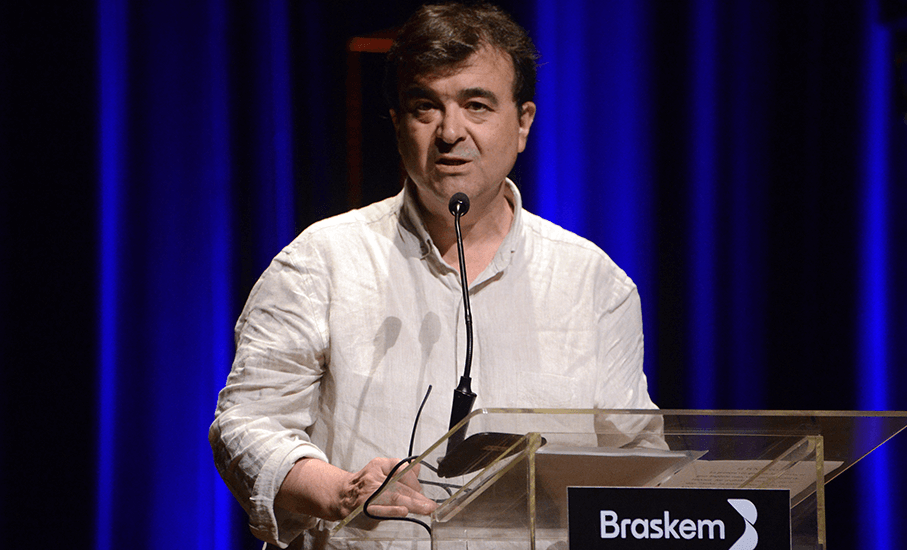 A similar blind spot occurs in modern literature, as in the widely acclaimed Soldiers of Salamin. In this book, Cercas tells the story of Rafael Mazas, in 1939, at the end of the Spanish Civil War, as he escaped collective shooting. Why was he saved by the soldier who will eventually meet him? An enthusiast of the Falangist Movement of Spain, Mazas would eventually become a minister for Franco, the dictator.

“A good politician will minimize problems by solving them. A good writer will face issues, making them more complicated. A genius will create problems where there are none. By making life complicated, we will enrich it”, acknowledges Cercas.

Zambra began his discussion by commending Cercas as one of the writers he admires the most, “an awful politician”. He began his career as a poet. In his view, he was a Chilean myth. “We have won two World Cups but Argentina has none”, said he in a joking way, as he referred to Pablo Neruda and Gabriela Mistral, who have won the Nobel Prize of Literature. “It’s not that people have been writing compulsively in that country, but we’re talking about something plausible.” 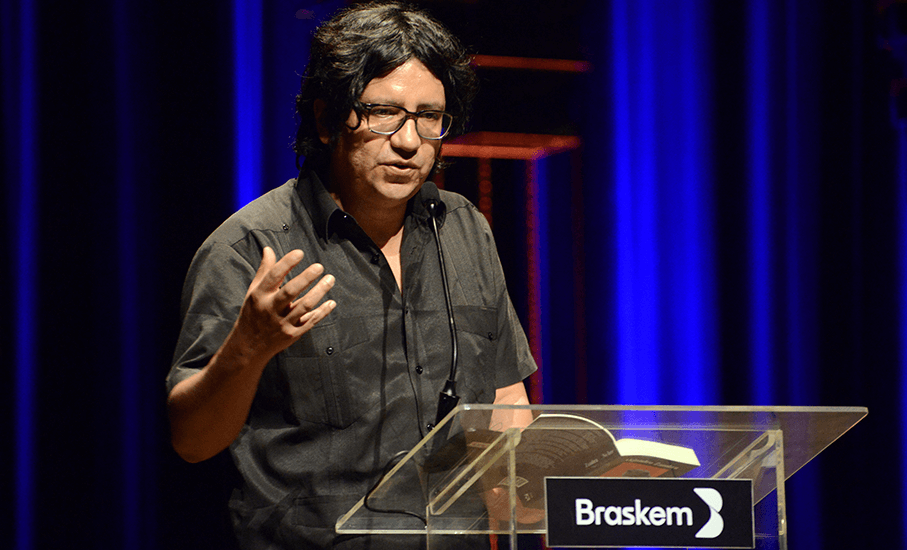 As he was living in a moment of skepticism and loneliness in which nothing made sense, he shifted to prose. At the same time, he could not quit. He mentions Clarice Lispector in an effort to get readers to suspect of the text. “In Chile, oral speech and written speech are contradictory things. There are many things we can’t verbalize down on paper.” In Zambra’s view, a novel is an echo of a “repressed poem”. “Chilean poets have forgotten about Neruda, but we, narrators, have not.”

In his home, it was typical to receive book collections in different colors. “Our formative years were marked by the Chileans who were dead since the others were in exile”, says Zambra, as he mentioned the Pinochet era. From the 1990s on, Chileans would read international literature as domestic literature and vice-versa. Zambra believes that literature is personal and national, a failure, a fight.

Brazil, democracy and literature in school

At the end, mediator Sergius Gonzaga asked him questions about democracy and the current situation of Brazil. Under the audience cry of #elenão, Cercas seemed to be worried about the presidential elections. He also mentioned that the reality of Brazil is not different from that of the USA, with Donald Trump. “National populism is a post-modern version of totalitarianism in the 1930s. History will not repeat. We make the same mistakes again. People seek charismatic leaders and others to blame among Mexicans, Muslims. We are not aware that we are putting democracy at risk.” Zambra cannot believe that “someone who is in favor of dictatorship and against sexual minorities will win”.

As he answered other questions, Cercas sees the term “mandatory reading” as contradictory. “Reading is pleasure. I’d give Júlio Verne and Stevenson to a 15 year old, rather than Dom Quixote.” He drew laughter from the audience as he stated that this masterpiece would not win the Cervantes Prize, since back then, it was a “second class book”, corroborating the idea that literature is entertainment. “It’s not for serious people or teachers, it’s for the people.”

Zambra recommends that teachers select books they are not familiar with. “They shouldn’t be afraid to expand connections and interact with them.”

PUCRS is the cultural partner of the event. The next Frontiers of Thought conference will be on Nov 19. It will feature a special debate with political filmmaker and historian Mark Lilla and philosopher Luiz Felipe Pondé. It will be held at the Commencement Hall of UFRGS (Av. Paulo Gama, 110), at 7:30 PM. The world in disagreement – democracy and cultural wars is the theme of the 2018 season.