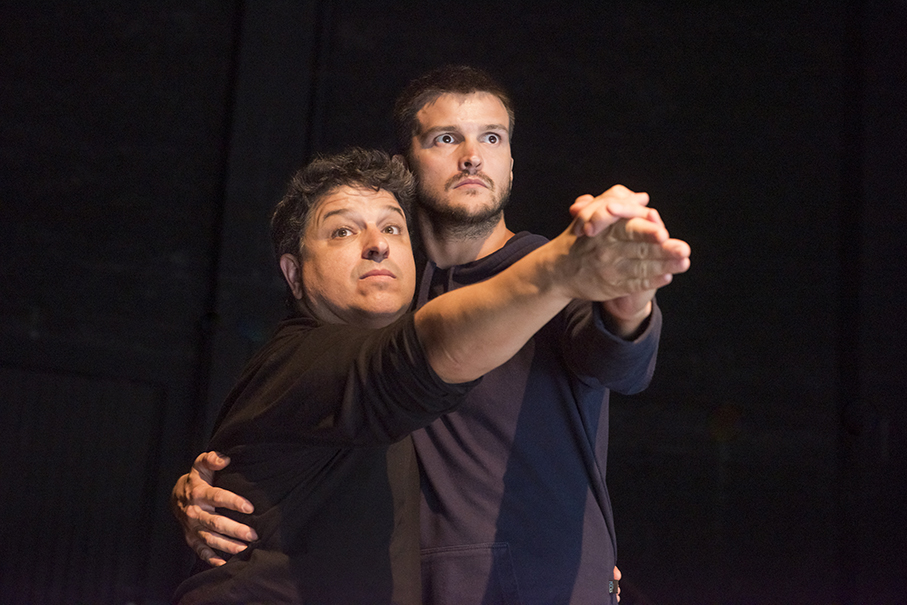 First drama play entirely produced by PUCRS to open in March. Tango para homens velhos (Tango for Older Men), written by School of Humanities Professor Dr. Altair Martins, epitomizes one of the most common and hence most brutal issues: femicide. Written by dramaturge and actor Charles Dall’Agnol, who directs the Grupo de Teatro Universitário – GTU (University Drama Group), under the Institute of Culture, the play features two characters who, while sewing a flag, hide behind a tragedy they do not to be responsible for: they used mice to murder each other’s wives. The play premieres on Mar 24, at 7:30 PM, at the Theater of Building 40 (Av. Ipiranga, 6681). It is open to external audiences (further information about ticket prices will be available soon).

The play is directed by Gisela Rodriguez, a PhD student in the Creative Writing program. “The first time I read the script for Tango para homens velhos I was a bit uneasy as I was faced with such an important issue for us women being depicted by men”, Gisela says. However, the way she sees it, it was good to feel strange because “it was about time for men reinvented themselves” in art. During rehearsals, Gisela said that having two men talk about feminism was a hotly debated issue. Several GTU members helped assemble the stage, including a number of women.

Rehearsals for Tango para homens velhos began in Sept 2019. As for the inspiration for the play, Martins adds that he began writing the play while listening to tango songs that are in the soundtrack. On the day of the premiere, after the show, the director and two actors will join a debate about the play.

Free admission. Information about the tickets will be available soon.

Lighting technician and assistant to the director:  Clenir Santos

Check out photos of rehearsals: 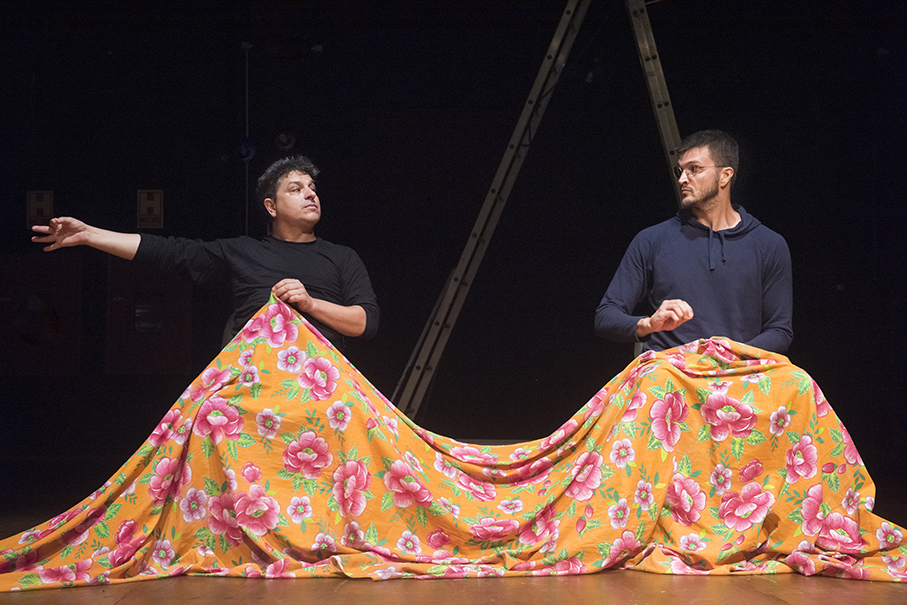 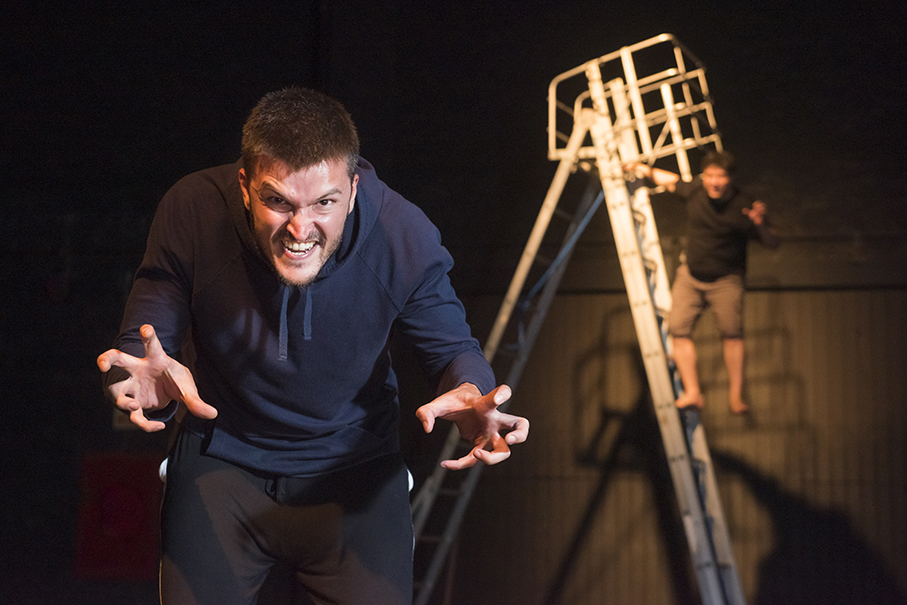 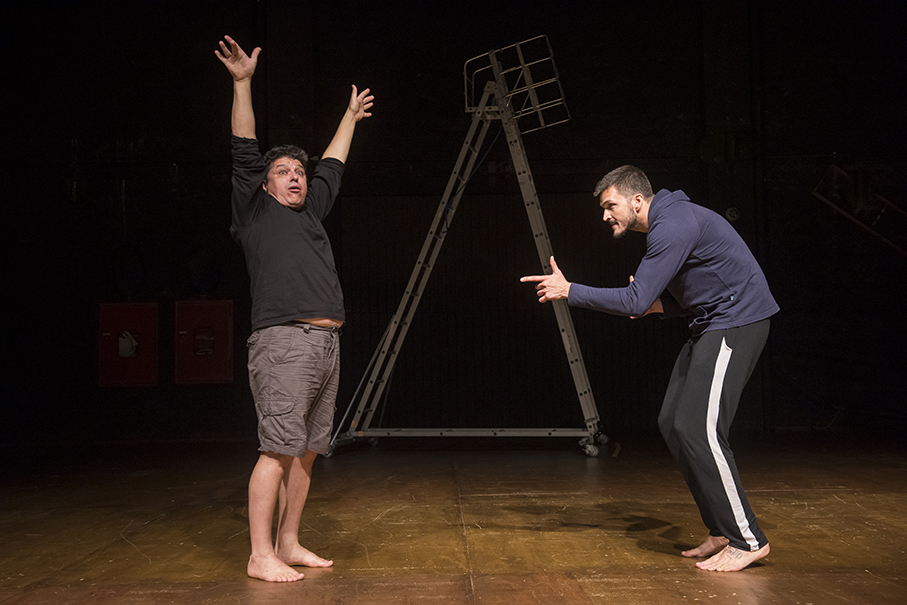 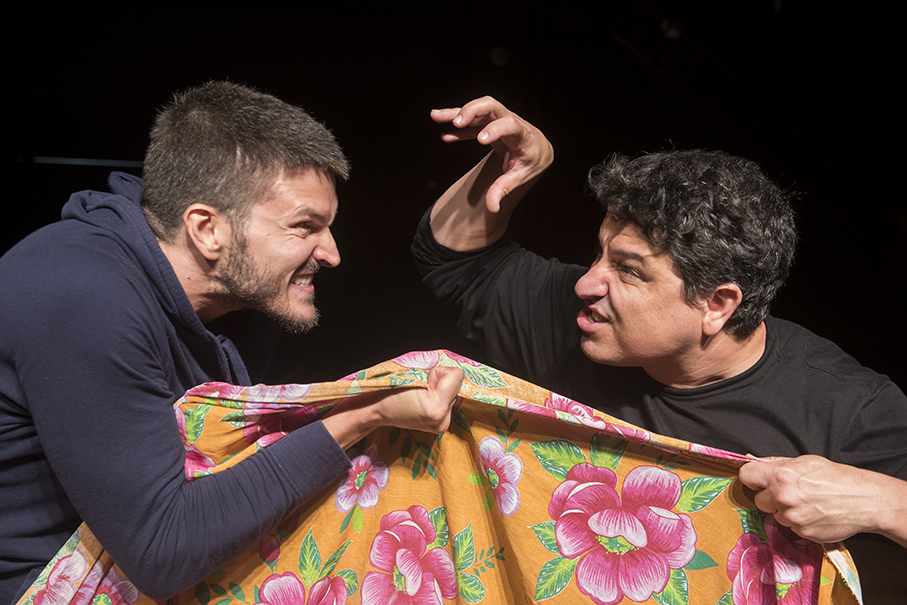