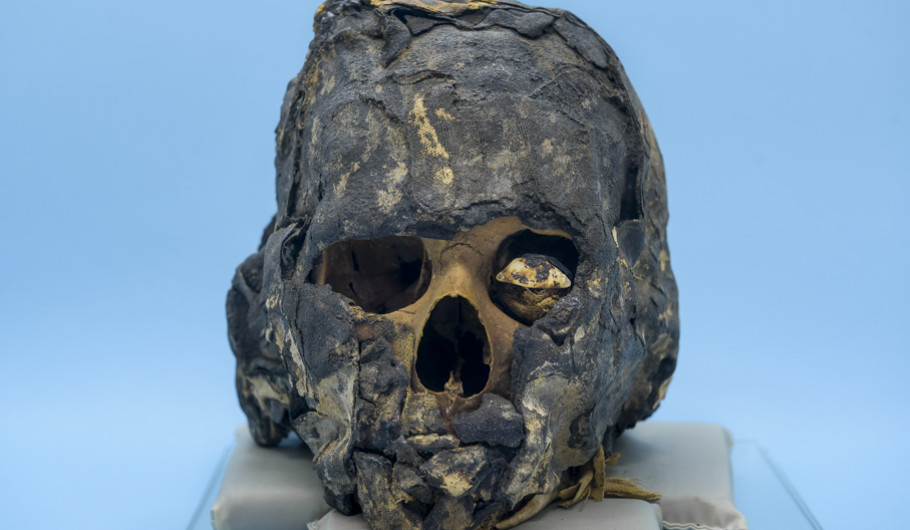 The head of the Egyptian mummy whose identity has been confirmed by research at PUCRS is being exhibited at no charge, and open to the public, until Aug 15. The Exhibit Iret-Neferet, a Múmia Egípcia de Cerro Largo-Símbolos e Rituais de Mumificação (Iret-Neferet, the Cerro Largo Egyptian Mummy – Mumification Symbols and Rituals) is taking place on the main hall of the Br. José Otão Main Library, on the campus of PUCRS. The Library is open from Monday to Friday, from 7:35 AM to 10:50 PM, and on Saturdays, from 7:35 AM to 5:30 PM.

In addition to Iret-Neferet, the exhibit features objects and symbols used in the Egyptian mummification rituals that are available at the Egyptian and Rosacruz Museums in Curitiba (PR) and Archaeology Museum Ciro Flamarion Cardoso (Ponta Grossa). It also features images of the history of Egypt and research-produced banners. The exhibition is curated and organized by the coordinator of the Afro-Egyptian Identity Study Group of the School of Humanities of PUCRS, Edison Huttner and by the Director of the Archaeology Museum Ciro Flamarion Cardoso, in Ponta Grossa (PR), Moacir Elias Santos.

The mummy’s age, sex and origin has been confirmed after an investigation conducted at PUCRS. Iret-Neferet (meaning “beautiful eye”) lived between 768-476 BC, as shown in the radiocarbon exam (C14) conducted in the USA. Research has shown that, after analysis of the head, it is a woman aged 42-43, who lived between the end of Egypt’s Intermediate Period III (1070-712) and the beginning of the Late Period (Saite-Persian: 712-332 BCE). The records were available at a Museum of Cerro Largo, in Rio Grande do Sul.

Iret- Neferet is the first mummy in Brazil to have their age confirmed by research using radiocarbon exams. Another mummy in the country today is Tothmea, which came to the USA in 1995 and is now at the Egyptian Museum Rosa Cruz in Curitiba (Paraná). The National Museum of Rio de Janeiro, which also had copies of human mummies, was destroyed by fire in 2018.