Brazilian film about Alfred Schütz on exhibit in Germany 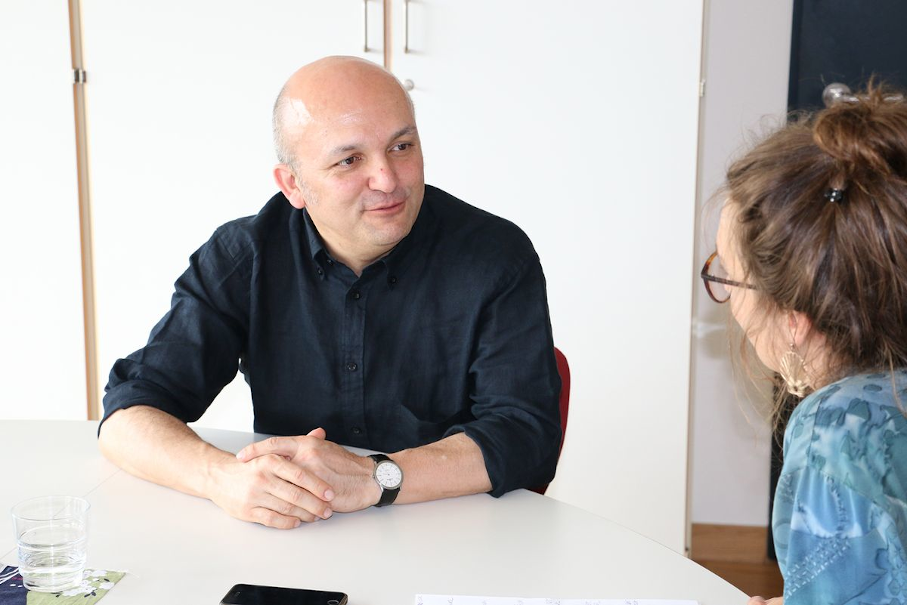 School of Humanities professor and coordinator of the Center for Economic and Social Analysis of PUCRS (Caes), Dr Hermílio Santos gave and interview to ASH in which he talked about the connection between research and the film, his documentary, the sociology of Alfred Schütz and the relationship between PUCRS with the German university. “I have come here often over the last couple of years as my university and ASH Berlin have signed a cooperation agreement. Next year, a student from ASH Berlin will come to Porto Alegre for a semester, “he said. The trip was sponsored by the Center for German and European Studies (CDEA).

Dr Santos served as director of the movie and cinematography as well as screenwriter. It was edited and assembled by Thaís Zimmer Martins, with original soundtrack by Filipe Miu. The movie was released in 2018 in seven languages: German, English, Spanish, French, Portuguese, Japanese and Italian.

During his stay in Germany, Santos began the production of a new documentary. This time, the documentary was about biographical narratives, the method he uses in his research. He conducted interviews and shootings with German sociologists Fritz Schütze, Gabriele Rosenthal and Bettina Völter and with the Frenchman Daniel Bertaux, to name a few. These are major references in approaches with biographical narratives in social research at the international level. It must take two years for the film to be entirely produced. “It will be a follow-up to the film Mundo da Vida”, he says.

Lifeworld – The sociology of Alfred Schütz

For two years, Dr Santos conducted interviews and photo sessions with the most important specialists on the work of sociologist Alfred Schütz. Although Schütz is not very popular in Brazil, he is quite an influential figure in the area of sociology internationally. Next year, an eponymous book will be released by Vozes publishing company. The movie will be recorded in the following cities: Buenos Aires (Argentina), Vienna (Austria), Tokyo (Japan), Konstanz (Germany), New York (USA) and in the countryside of Switzerland.

Hermílio Santos co-directed the documentary Infância Falada (2016). The movie depicts social projects in Rio de Janeiro, São Paulo, Ceará, Pernambuco and Minas Gerais to show how it is possible to turn children into agents of change in a violent scenario. It features tear-jerking accounts of boys and girls who have taught their parents to solve conflicts at home in a respectful way. These teenagers dream of bringing peace to their communities with good arguments and good conduct.