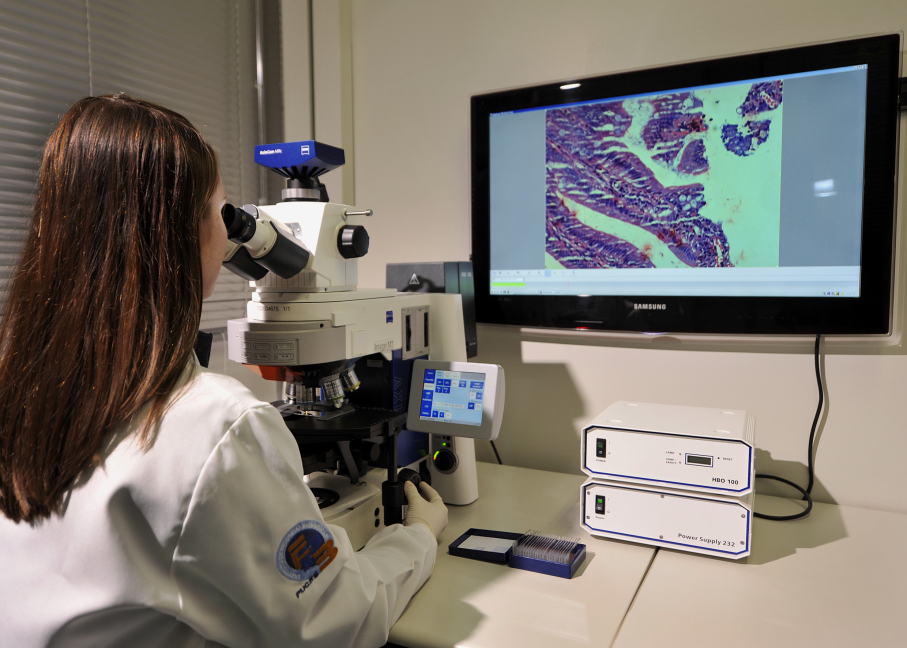 An article written by researchers from PUCRS’ Molecular and Functional Biology Research Center (CPBMF) and its partners was ranked as “outstanding work” by the American Chemical Society (ACS) . The paper, entitled 2-(Quinolin-4-yloxy)acetamides Are Active against Drug-Susceptible and Drug-Resistant Mycobacterium tuberculosis Strains, published in the ACS Medicinal Chemistry Letters, was featured in the section Biological e Medicinal Chemistry on ACS’s website. The paper describes the planning and synthesis of candidate compounds to fight tuberculosis. According to professor Pablo Machado, of the School of Pharmacy  who has co-written the paper, “this recognition certified the quality of the research that is being carried out at our University by an important and influential scientific community”.

The article presents powerful compounds that can inhibit the growth of Mycobacterium tuberculosis (main causative agent of tuberculosis in humans). The synthesized structures are active against strains that are susceptible and resistant to isoniazid (an antibiotic used for the treatment of tuberculosis). Besides, the molecules have proven to be effective against the bacilli (Mycobacterium tuberculosis) in an infection of macrophages. Lastly, adequate permeability, moderate rates of in vitro metabolization, the lack of cardiotoxicity and reduced inhibition of some enzymes of the hepatic microsomal system indicate that these compounds are candidates for the development of a new drug to be used for the treatment of tuberculosis.

In professor Pablo’s view, “the fact that the molecules do not affect the most important enzymes of microsomal system P-450 shows that the compounds are very unlikely to interact with antiretroviral medication (treatment of AIDS). It is worth mentioning that the tuberculosis-AIDS co-infection has been described as a public health problem by the World Health Organization (WHO) and the existing treatment lacks safer therapeutic alternatives”, claims he.

The research was carried out by professors, postdoctoral researchers as well as graduate and undergraduate students. The American Chemical Society is considered to be a highly influential entity and has published some of the most relevant scientific journals from all over the world. Although several papers developed at the Molecular and Functional Biology Research Center have been published in ACS journals, this was the first time that an investigation carried out at PUCRS was ranked as “outstanding”.

Researchers from the Molecular and Functional Biology Research Center will be joining the 46th World Chemistry Congress, from Jul 7 – 13, in São Paulo, organized by the International Union of Pure and applied Chemistry (IUPAC) and by the Brazilian Chemical Society (SBQ), sponsored by the American Chemical Society.

This is going to be the first time the event is being offered in Latin America.

The Molecular and Functional Biology Research Center is part of the National Institute of Science and Technology in Tuberculosis (INCT-TB). INCT-TB’s efforts are centered on the development of drugs, vaccines and new diagnostic methods for tuberculosis in Brazil. Since 2008, INCT-TB’s headquarters are located at the Molecular and Functional Biology Research Center, at PUCRS’ Science and Technology park (Tecnopuc), building 92A. INCT-TB brings together around 40 researchers from 22 research centers, in nine states all over the country.